Putin has promised to visit in February, the forum “Mentor-2018»

ROSTOV-ON-DON, 1 Feb. /TASS./ Russian President Vladimir Putin has promised to visit the forum “Mentor-2018”, which will be held in Moscow at VDNH from 13 to 15 February. 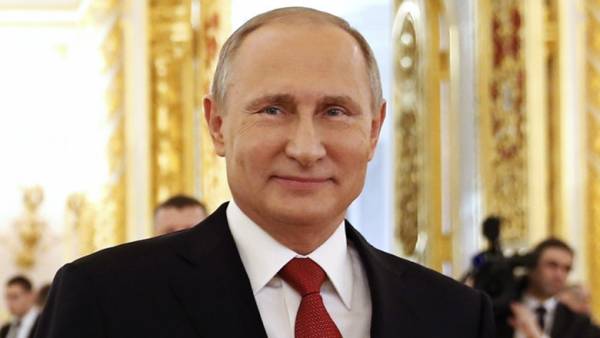 During the live video for the launch of the fourth unit of Rostov NPP is one of the participants in the conversation invited the President for the coming February in Moscow forum. “In mid-February will take place the forum “Mentor 2018″. We will all participate, to share their skills, experience, to share with everyone. Dear Vladimir Vladimirovich, we invite You to participate in this forum,” said a participant of the videoconference Alexander Boimamat. The President invited the winners of the national championship WorldSkills Hi-Tech — the best welders in the country, including Boimamat. Worker stressed that it was an example of a father shared with his son the knowledge that helped him become the winner of the championship in 2015.

“I am pleased to take part in your event, in any case, see your schedule, I will try it even correct to visit you, listen as you work, discuss the most important topic for our economy, for our country,” — said the President of the Russian Federation.

According to Putin, this is an interesting and useful event which will be held at a good level and with success. “We need such events, and such a movement we really need is mentoring. Very necessary,” — said the President of the Russian Federation. He stressed that the pride he felt for his father’s son is a good example of “education of the son in the family, transfer of skills, their attitude to life.” “This is an important, complex task,” — said the head of state.

According to Putin, the profession of welders, deserves respect and attention.

“Recently we faced a huge problem, especially on the linear power. We found that we have no good specialists from abroad were invited. Not only that, but including it, prompted us to carry out these competitions — the national, regional, to participate in the international competition for skilled professionals,” — said the head of state.

Putin stressed that the work of the profession require the highest, the highest qualification. In particular, he cited the example of “Rostselmash”, where 41% of employees have higher education.

“And many of them work blue-collar jobs. Why? Yes, because the technology is becoming more and more difficult. And people find fulfillment in working professions, with higher education and feeling comfortable,” said the President of the Russian Federation.

He added that the constant pursuit of self-improvement, acquisition of new competencies and skills is extremely important in today’s life and economy. “In this regard, no less important is the mentoring,” he said.