In Pomerania, scientists have discovered the secret of the red snow

Coloring the snow in red on the roofs of some houses in the Arkhangelsk region is not a consequence of environmental pollution and is harmless. This was reported “Interfax” in the Northern Federal University. 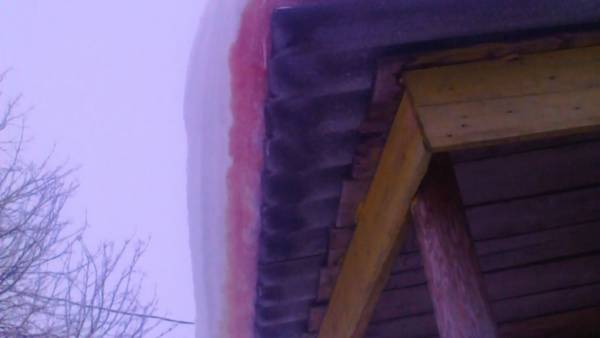 They took samples and explained the real reason for the unusual phenomenon, having about fifteen of suitable theories.

“To contribute to the redness could and lichens, and mountain ash, but more often the appearance of red snow associated with unicellular algae “Chlamydomonas snow” (Chlamydomonas nivalis), explained the scientists. — This plant can grow on the surface of water, snow and ice, blooms after the dark and cold period of winter and as soon as the weather clears up, turns pink or red”.

The analysis of the sample pointed it at the algae, but to identify the specific species have not yet succeeded.

About the red snow was reported by residents of several districts of the region. However, none of them saw him fall.

It was noticed that it occurs mainly on the old roofs of houses, where accumulates a great snow hat.

“Under a layer of snow on the roofs of heated houses are good conditions for the plants”, — stressed in the University.