In Russia reduced the amount of cash, but new and more complex ways. A serious risk of Rosfinmonitoring and the Central Bank see the use for these purposes, corporate Bank cards. Released last summer, the recommendations of the Central Bank for banks to reduce risks in the use of this tool, while not effective enough. The number of corporate cards is growing rapidly, increasing almost double every year. 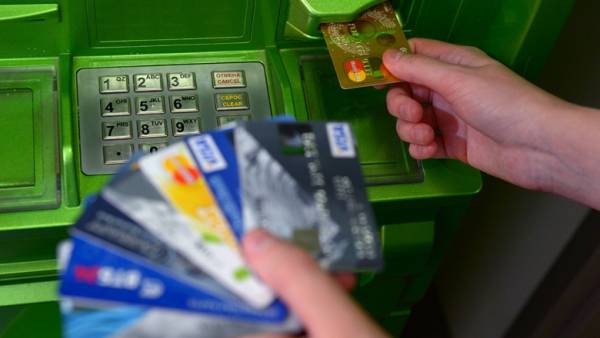 Confirmed positive trend and the Deputy head of Rosfinmonitoring Galina Bobrysheva. At the same time, she noted that the nature of the system of cashing out has changed — “at the forefront of the most complex from the point of view of detection schemes using corporate cards”.

Corporate card — a debit card issued to legal entities. They are intended for calculations is accountable to the employees of organizations with suppliers, business trips, cash withdrawal. The person who receives such a card, may not spend the money for personal needs and for every amount spent is obliged to report to the accounting Department of the company, including for legacy cards cash.

However, the banks are spending on corporate cards, the company is not obliged to report, which creates risks of cashing out. The number of corporate cards is constantly growing.

According to the Central Bank, at the end of the third quarter of 2017 in Russia there were produced 2.2 million pieces, and the volume of transactions made up of 661.7 billion rubles a Year earlier, corporate cards was almost halved to 1.4 million units.News

How to detect “fake” ATM and save money

The Central Bank assure that are doing everything to resolve the problem. “In 2017, we noted the trend of increasing amounts of questionable cash transactions for corporate payment cards, especially in the spring, — said the press service of the Central Bank. Given the negative dynamics we drew the attention of credit institutions on these operations and has issued guidance (19-Mr 21 July 2017)”. They concerned the particular vigilance of banks to corporate card holders.

The credit institution took seriously the recommendations, but the problem is, since its solution requires a longer time than that has passed since the release of the recommendations, said the Central Bank. However, Rosfinmonitoringa believe that the need for more effective measures. Galina Bobrysheva advised banks “to control the number of cards in one legal entity” and establishment of limits on cash withdrawals to proceed from the risk-based approach.

The banking community recognizes the growing cash using a corporate card, but believes that the fight against this phenomenon to be otherwise.

“The growth of cashing via corporate cards is caused by two factors: virtually blocked the channel of such operations using cards of natural persons and active sales by the banks themselves, — said the co-chair of the Committee of the Association of Russian banks on AML/CFT and compliance risks Alexey Timoshkin.— These cards generate good Commission income for banks, they the who actively promoted”.News

Named the most popular in Russia, the types of card fraud

But to increase sales without regard for risks can not be sure predpravleniya Bank top 50.

“Usually cash in office actively working in the first three months after opening the account in the Bank, he said. And if a Bank offers a corporate card customers with account opening, the risks of the appearance of his unscrupulous customers dramatically increase.” If the Bank for such card belongs so closely, as to cash, the risks are considerably less, concluded the Chairman of the Board of the Bank the top 50.

However, this approach is far not to all credit institutions. According to the chief economist “PF Capital” Eugene Nadorshin, currently banks do not have a lot of ways to make money — corporate lending they are clearly not interested in lending to individuals, judging by the delay in some segments, quite risky, while the fee for cash withdrawal from corporate card is a legitimate risk-free earnings.

“There are banks that have a restriction on cash withdrawals from these cards, there is no risk obna, but most of the banks prefer the ban not to enter,” adds Alexey Timoshkin.

According to the Deputy head of the NP “national Council of financial market” Alexander Naumov, to solve the problem hug with a corporate card could be an indication of the Central Bank resolution to transfer funds to the company on personal cards is accountable to the staff at banning cash withdrawals from the cards of the company.

“The banks have developed a mechanism to identify operations in obalu on the cards of individuals, corporate — to identify such operations difficult,” he explains.

However, any bans are beaten not only by criminals, but by honest customers. Companies are waiting for clarity from the Central Bank and Rosfinmonitoring. “In the AML / CFT law there are no clear rules, banks are developing their own methods, that’s why constantly there are excesses, — says the managing partner of the legal company, FOSBY Alexei Zaikin.— If the law contains clear criteria for what can and can not, then banks would not have any doubt regarding the bona fide players, but from the clients themselves — the issues with corporate cards.”