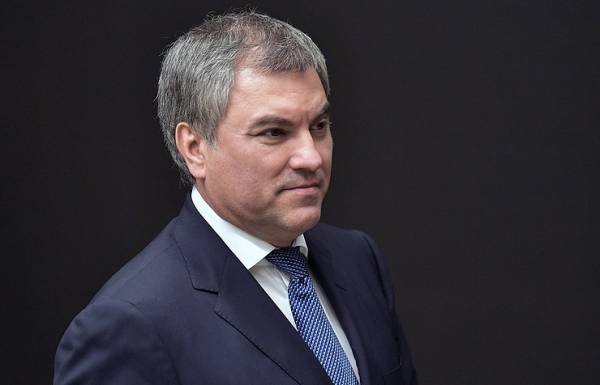 MOSCOW, January 30. /TASS./ The inclusion of the so-called Kremlin report of the U.S. Treasury names officials, big businessmen and managers of state-owned companies is a recognition, even an honorary nomination. This was stated on Tuesday, the Chairman of the state Duma Vyacheslav Volodin, the TV channel “Russia 24”, commenting on “the Kremlin list” prepared by the U.S. Treasury to Congress.