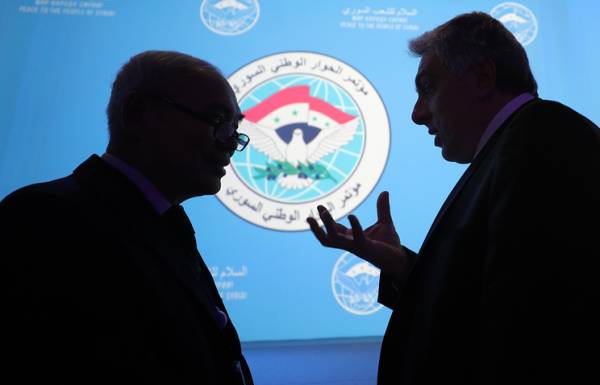 SOCHI, January 31. /TASS./ Participants of one-day Congress of the Syrian national dialogue, closed in Sochi on Tuesday, later in the evening agreed to start work on the revision of the Constitution in order to prepare a legal basis for post-war structure of the country, and appealed to the world to help the restoration of Syria, destroyed a seven-year civil war.

In addition, in a joint statement at the end of the Congress, the participants reaffirmed their commitment to the territorial integrity of Syria, the fight against terrorism and religious fanaticism. The participants also called for the creation of a unified army and for the holding of free elections that determine the future of the country.