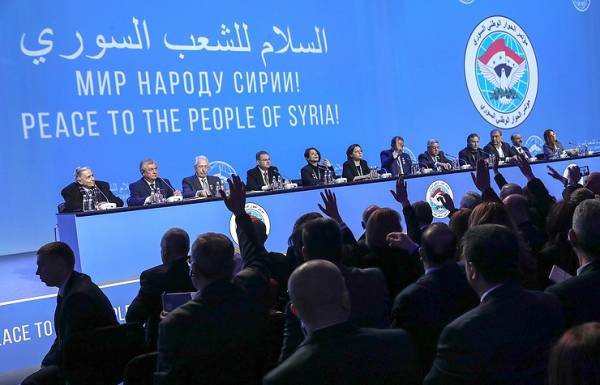 SOCHI, January 30. /TASS./ Members of Congress of the Syrian national dialogue in Sochi, said that their main goal is to stop the conflicts and restore peace to Syria. This is stated in published Tuesday on the website of the Ministry of foreign Affairs of the Russian Federation the appeal of the participants of the Congress.

“We, the participants of the Congress of the Syrian national dialogue, expressed the common desire to put an end to the ongoing conflict, the document reads. We all share the same goal – to bring peace and prosperity to our Homeland and live peacefully with each other without violence and terrorism in all their forms and manifestations”.