Map to the fitness user activity Strava can issue the patrol routes of the military. 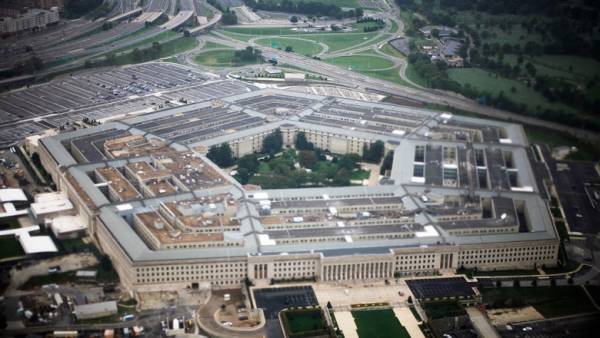 The Ministry of defense intends to evaluate the threat that may pose to U.S. military bases fitness trackers and to revise the rules of use of such devices by the military. As reported by AFP, said Pentagon spokesman Colonel Rob manning. According to him, data from fitness trackers, devices allowing users to track workouts, can potentially be used by the enemy to identify secret military bases or the often used patrol routes. Currently, the military is not allowed to use fitness trackers.

Informed American App, with which users can analyze their data on the physical active and to share the results with others, published a global map fitness activity. This map displays territory of the planet, where people most actively use fitness trackers and share their results through accounts in Strava.

On the map, apart from the predictable cities mapped and trails users of fitness trackers on military bases, not only American and Russian, but also many others.

Released their Strava global heatmap. 13 trillion GPS points from their users (turning off data sharing is an option). https://t.co/hA6jcxfBQI … It looks very pretty, but not amazing for Op-Sec. US Bases are clearly identifiable and mappable pic.twitter.com/rBgGnOzasq

Thanks to mapped routes, for example, to know exactly how are paths in known military bases. According to manning, card published to the App can be used by militants to search for unknown American military bases, as well as for detection patrol routes. This task becomes even easier when you consider the countries where today the us military (Syria, Iraq, Afghanistan) the locals are fitness trackers almost no use. For this reason, to detect bright trails of the us military on a dark background card.

Your smartphone easy to hack and steal photos. How to protect yourself?

Published service Strava map fitness activity contains data about the physical practice 27 million people around the world for the period January 2015 to September 2017. It does not contain personalized data about users of the service and does not allow to obtain operational data about the current location of the military. However, it can give a General idea of long-term location of this or that military base, and even very approximately assess the number of staff on it.

Previously the Main control management of the USA has published the report, which stated that the enforcement of security requirements of the U.S. air force made it possible to obtain enemy data on the movements of military aircraft in real-time. Tracking the American planes became possible owing to the widespread introduction of automatic dependent surveillance-broadcast (Automatic Dependent Surveillance-Broadcast, ADS-B). As a result, even the stealth aircraft F-22 Raptor can be tracked by the enemy.