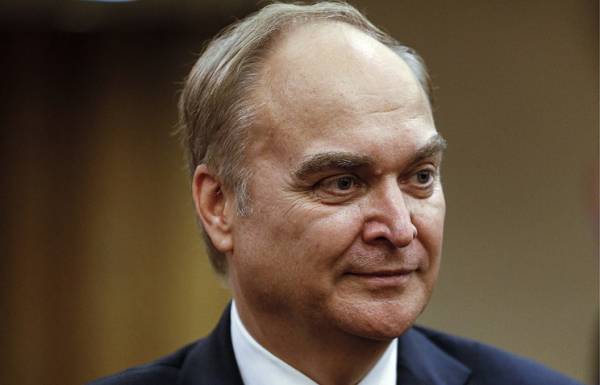 WASHINGTON, January 30. /TASS./ The US made another attack against an unfriendly Russia, and publicized “the Kremlin list”. About it, Russian Ambassador to the U.S. Anatoly Antonov said Tuesday in an exclusive interview with first Deputy Director General of TASS Mikhail Gusman.