Zeman is leading in the elections of the President of the Czech Republic of 55.88% of the votes

PRAGUE, 27 Jan — RIA Novosti. The current President of Czech Republic Milos Zeman after reporting 35% polling lead following the second round of elections of the President of 55.88% of the vote, said Saturday the Republican statistical Department. 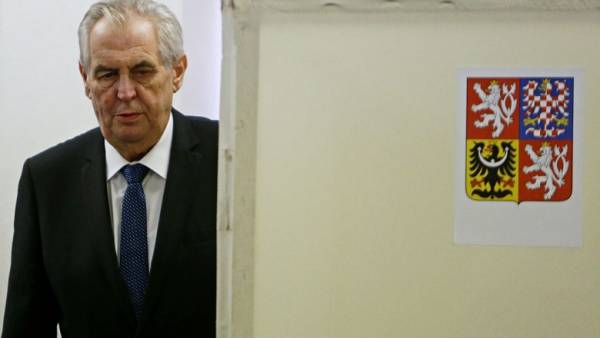 “The other candidate, ex-President of the Academy of Sciences jiří Dragos 44.11% of votes”, — stated in the message.

The second round of presidential elections was held in the Republic for Friday and Saturday, they took part, according to preliminary data, over 64% of the nearly 8.5 million registered voters who had the possibility to prefer one of two candidates. The winner of the election will be the one who gets the most votes.