Many older people will perceive the “Death of Stalin” as “offensive mockery of the whole Soviet past,” commented the decision of the Ministry of culture to withdraw the film from distribution certificate the Minister of culture Vladimir Medinsky, his words conveys the representative of the press service of the Ministry. 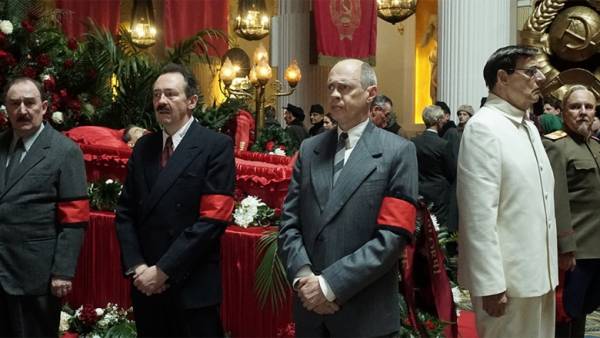 Could not agree more: many people of the older generation, and not only perceive it as insulting mockery of the Soviet past of the country that defeated fascism, the Soviet army and of ordinary people — and that the contrary, even the victims of Stalinism.Mr Mediscience of culture of Russia

“The Ministry of culture drew the attention of the distributors and the extreme inappropriateness in principle of the release of such pictures on the screens on the eve of the 75th anniversary of the historic victory at Stalingrad. Us distributors have not heard. But it’s all a question of morality. But there is a law that guides us and which has rightly noted lawyers of the Ministry of culture the statement after watching the film,” said the Minister.

“The Ministry decided to revoke the rental license of the film “Death of Stalin” and send the materials to additional comprehensive legal examination”, — summed up the Medina.