The Turkish foreign Minister warns the country of “move to the side of the terrorists.” 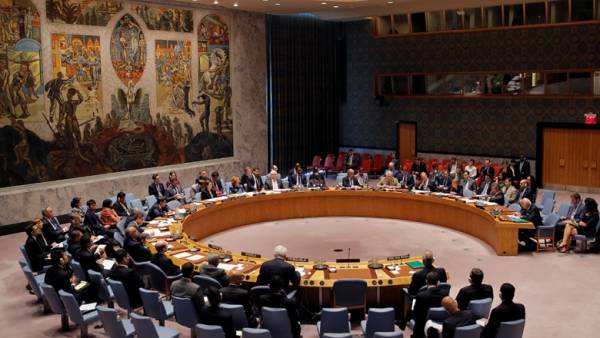 “The UN security Council will gather on Monday for consultations on the situation in Syria. France, among others, emphasize the importance of providing access (the Syrians — if) humanitarian aid,” he wrote on Twitter.

Jean-Yves Le Drian during his visit to Algeria made an appeal for convening a meeting of the UN security Council in connection with the escalation of tensions in Syria.

In turn, the Turkish foreign Minister Mevlut Cavusoglu, whose words are quoted by Anadolu, said that if France or any other country will make the issue of operations in the UN security Council, Turkey will consider this as acceptance of the “terrorists” and not their ally of Ankara.

He also said that he hopes to support the actions of Turkey in France.

On 20 January the Turkish army launched an operation “Olive branch” against Kurdish paramilitaries in the area of the Syrian city of Afrin. On Saturday Turkey was subjected position of the Kurds in Afrin artillery fire and air strikes, the next day it was announced the beginning of the ground operation involving tanks.

The Turkish General staff reported that during air raids on positions of the Kurdish militia in the Syrian Afrin 32 aircraft of the Turkish air force killed 45 goals. According to Turkish media, to monitor the progress of the fighting on the border with Syria there has arrived the chief of the General staff Hulusi Akar.