Syrian Kurds said the retreat of the Turkish troops from Afrin

Syrian Kurds forced the Turkish army to leave the territory of the city of Afrin, said “RIA Novosti” the representative of the Syrian Kurdistan in Moscow Rodi Osman. P. 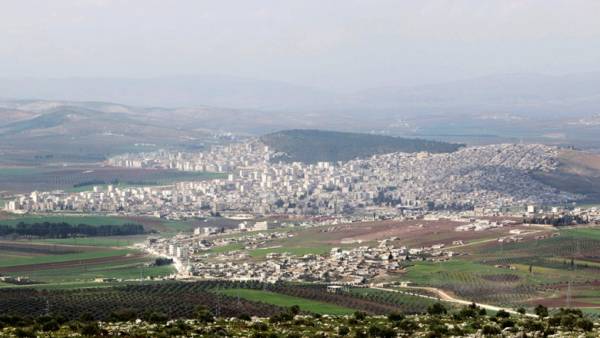 According to him, the Turkish army and associated groups have carried out the attempted attack on the position of the Kurds in the Afrin with the support of the air force. “However, the Syrian democratic forces (SDS) hit on five positions (the Turkish soldiers and the Syrian armed opposition.— “Kommersant”). In the province of Rajo SDS struck at three positions, in the province of Bylbyl — two positions,” said Rodi Osman.

He argues that in the end the Turkish military had to retreat from the Afrin. According to the representative of the Kurds in the fighting were killed 10 Turkish soldiers and 20 Pro-Turkish rebels. “According to some, in a’zaz (the Syrian city under the control of the opposition.— “B”) brought 18 dead bodies of the militants,” said Rodi Osman. He added that also killed 11 civilians in Afrin, 16 citizens were injured.

Last week, Turkish President Recep Tayyip Erdogan announced the beginning of anti-terrorist operation “Olive branch” in ‘ afrīn against the Kurds. Prior to that, he presented the Kurds an ultimatum: within a week to move from their current position or to be ready for the operation to destroy them.