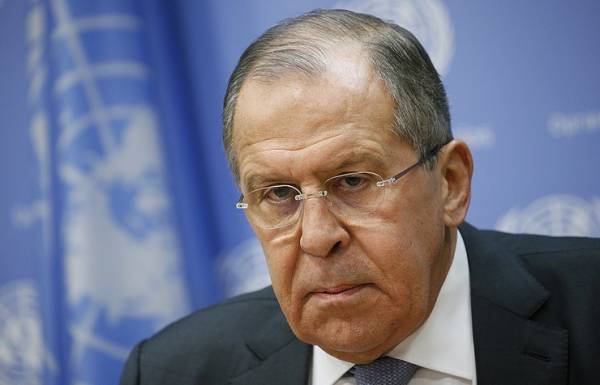 MOSCOW, January 21. /TASS/. Attempts to change Russia’s foreign policy by putting pressure on the elite and selected companies is futile. This was stated by Minister of foreign Affairs of Russia Sergey Lavrov in interview to the newspaper “Kommersant”, posted by Sunday evening on the newspaper’s website.

“The fact that our foreign policy enjoys in society, broad support, in my opinion, the best evidence that an attempt to change foreign policy by putting pressure on the elite and individual companies have no prospects,” Lavrov said, answering a question about the preparation of States reports on sanctions, which can be switched on Russian officials and businessmen.

“We have repeatedly said that do not seek any confrontation, – said the Minister. – We believe that sanctions are absolutely groundless in regard to their causes. As for the objectives they aim to achieve, it is also meaningless, because over the years of these sanctions, their authors would have to ensure that a fair, open and constructive Russian policy, these sanctions will not change”. “Our independent line in international Affairs based on national interests, not subject to change under outside influence,” – said the Minister of foreign Affairs of the Russian Federation.

According to the Minister, the charge on the Russophobia in the West is really unprecedented. As the Minister said, this was not during the cold war. “There were some rules, the mutual decency. Now all decency thrown aside,” said he.

The Minister of foreign Affairs of the Russian Federation noted that the Russian proposals on the normalization of relations with the United States remain in force, but in U.S. domestic politics continue to apply the factors set the course for the anti-Russian policy.