MOSCOW, 19 Jul — RIA Novosti. The film “the adventures of Paddington-2”, the rent of which was to begin February 1, will be released on screens of the Russian cinemas from January 20, told reporters the owner of the company “Volga” Sergey Ershov. “The situation was resolved. I am grateful to the regulator, who met us, allowed to go out on tomorrow’s number,” — said Yershov.

The Minister of culture Vladimir Medinsky said in a conversation with journalists that the initial release is not tolerated, the distributor was immediately invited on 1 February. But a number of theaters began selling tickets illegally. The sale was stopped by Ministry, added Medina. 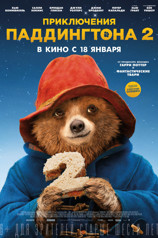 8.4 The Adventures Of Paddington 2

Previously, the distributors of the British film “the adventures of Paddington-2” company “Volga” and Ministry of culture, a dispute arose: the distributors plan to release the film on 18 January and began pre-selling tickets, but the Ministry issued a rental license only on 1 February. According to Deputy Minister of culture Sergei Obryvalin, the Agency notified the Bank about the date of release of the film on 10 January, and pre-sale tickets without a distribution certificate is illegal, for this reason the Ministry has sent the statement to the Supervisory authorities.

In this situation, the Association of theater owners has asked Prime Minister Dmitry Medvedev to pay attention to the current situation in the Russian film industry associated with consistent and excessive strengthening of administrative regulation in recent years. At the same time, Fyodor Bondarchuk, producer Dmitry rudovsky and CEO of the company, “Twentieth Century Fox CIS” Vadim Smirnov sent a letter to Medvedev in which he supported the protectionist policy of the Ministry of culture concerning national cinema.