MOSCOW, 19 Jul — RIA Novosti. Epiphany, or Theophany comes from the Orthodox Christians on Friday, in the morning the Patriarch of Moscow and all Russia Kirill will conduct the Liturgy and the tradition of the Church consecrate the water in the capital of the Epiphany Yelokhovo Cathedral, told RIA Novosti in the press service of the Primate of the Russian Orthodox Church. 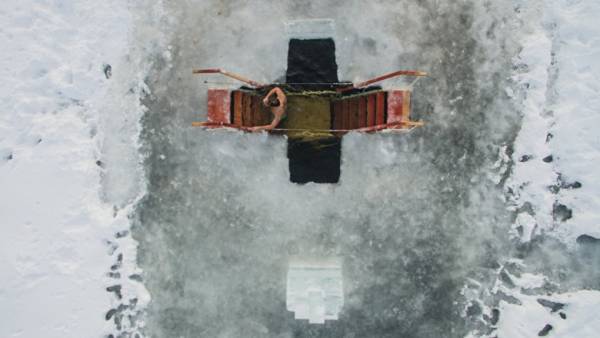 The feast of the Baptism of our Lord (Epiphany), along with Easter, is the oldest Christian holiday. It is dedicated to the baptism of Jesus by John the Baptist in the Jordan river. In Church tradition the feast is called the Epiphany — according to the gospel, after Christ has plunged into the waters of the river, there was a phenomenon of all three persons of the Godhead: God the Father from heaven testified of the Son and the Holy Spirit as a dove descended on Jesus.

On the eve of Epiphany eve Patriarch Kirill called this event “the great, unfathomable mind of mystery”. He sanctified the water: this action is performed twice, before the celebration of Baptism, and in his morning. Early mention of special veneration of water drawn in on the day of Epiphany, and its special properties, including the ability not to deteriorate for a long time, is contained in one of the sermons of St. John Chrysostom.

“In this feast all, drawing water, bring it home and store in all year, since today is consecrated water; and there is an obvious sign, this water in its essence does not deteriorate over time, but obtained today, it is a year, and often two or three years, remains intact and fresh,” — said one of the great teachers of the Church in the fourth century.