TOKYO, January 18. /TASS/. The Minister of defence of the USA James Mattis said that Washington has a plan of war with the DPRK. As reported on Thursday, news Agency Kyodo, he said this during conversations at the dinner before the meeting in Vancouver a meeting of foreign Ministers of a number of the country on the situation on the Korean Peninsula. 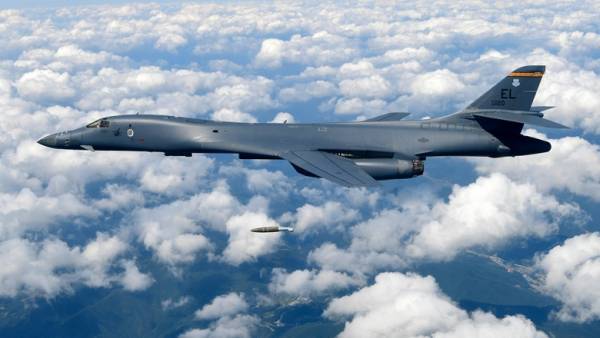 “The US is preparing. We have a plan for war,” said Mattis, answering the question about the U.S. approach to North Korea, which is actively promoting its nuclear missile program.

At the same time the Pentagon chief has reportedly said that while the priority is given to a peaceful solution through diplomatic efforts.

At the same dinner, with the presence of, in particular, Secretary of state Rex Tillerson, foreign Minister Taro Kono and other Ministers reaffirmed the need to enhance pressure on Pyongyang to force it to change its policy. It was also stated about the importance of strengthening cooperation between the countries participating in the meeting in the military field. “If this meeting of Ministers of foreign Affairs will not give result, then the next we will have a meeting of defence Ministers,” he said, according to Kyodo, Mattis.

It was supported, according to the Agency, Taro Kono. He noted that the need to maintain all versions of the approach to the DPRK, including the military scenario.

The meeting in Vancouver on 16 January was attended by Ministers from 20 countries — mainly from those who have supported US during the Korean war 1950-53. They, in particular, called for the strengthening of sanctions against the DPRK, including on a unilateral basis outside the framework of the UN security Council.

The outcome of this meeting was criticized by the foreign Ministry of Russia and China. In particular, the comments of the Ministry of foreign Affairs of the Russian Federation it was noted that the meeting in Vancouver questioned the authority of the UN security Council and their statements on unilateral sanctions against Pyongyang.