Train US forces in Syria are not “new army,” said the Pentagon

WASHINGTON, 18 Jan — RIA Novosti, Alexei Bogdanovsky. The Pentagon claims that the forces in Syria that are training US, are not “new army or border police”. 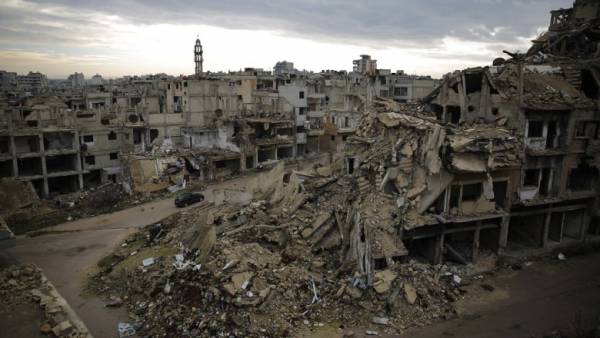 “The U.S. continues to train local security forces in Syria. Training is aimed at enhancing the security of refugees returning to a destroyed city. It is also important that IG* are unable to reappear in the liberated and unmanaged areas. This is not a new “army” or the traditional power of the “border guard”, — said the press service of the Pentagon.

“Workout data and power in accordance with the objectives of the campaign for the final defeat of the IG* help the efforts to stabilize and create conditions in support of the Geneva process under the auspices of the UN,” according to the Pentagon.

“These security forces are focused on internal activities to prevent militants* to flee from Syria and to strengthen local security in the liberated areas. These forces will protect the local population and prevent the IG* launch new attacks against the United States, its allies and partners, while in Geneva, addressed the issue of long-term political settlement of the civil war in Syria”, — is spoken in the message of the Pentagon.

Earlier Wednesday, U.S. Secretary of state Rex Tillerson said that the US will maintain a military presence in Syria, because of the need to ensure that IG* again raised his head, and to achieve a political settlement in the country.

* Banned in Russia as a terrorist organization.