The statements of the President of Russia Vladimir Putin in a film journalist Andrei Kondrashov “Balaam” that the Communist ideology has much in common with Christianity, in the Communist party were positive. 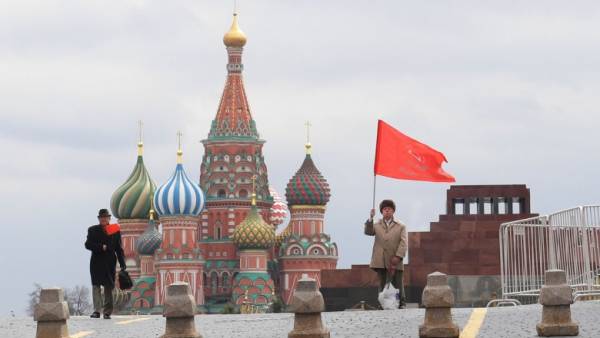 “I think this President is very useful and reasonably smooth sharp corners around the theme of the Mausoleum. In this respect, the assessment of these theses can only be positive. Another issue is that for Communists “the moral code of the Builder of communism” can not be “primitive excerpt from the Bible.” Still this code aims at building a just society here and now”, — quotes “Interfax” words of the first Deputy Chairman of the CPRF Central Committee, first Deputy speaker of the state Duma Ivan Melnikov.

Mr Melnikov said that “Communists and all left-wing Patriotic forces, it is clear that communism is close to Christianity just as Christianity is far from the form of capitalism that is taking place in our country, in our economy.”

We will remind, Vladimir Putin in the film journalist Andrei Kondrashov “Balaam” compared communism with Christianity. “Liberty, fraternity, equality, justice is all laid out in Scripture, it’s all there. And code of the Builder of communism? It’s sublimation, a primitive is an excerpt from the Bible,” he said. The attitude of Communists to the body of Vladimir Lenin the head of state was compared with the veneration of saints in Christianity.