As the Bolsheviks overthrew the rules of spelling. 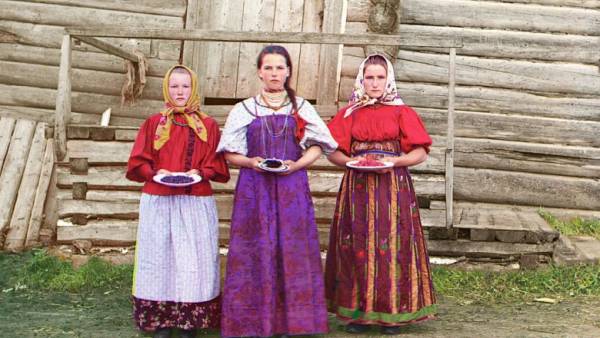 January 1, 1918, the victorious proletariat introduced a new spelling and made it compulsory. The Bolsheviks, however, did not invent anything new, but merely reproduce a similar order of the Provisional government. However, if the Provisional government comes from the fact that for a long time the old and new rules will coexist, the Bolsheviks decided to reform virtually in a single day. Violence has been an effective way of approval of new rules of spelling. So in the eyes of posterity reform associated with the Bolsheviks and is still called a Bolshevik.

In Russia like to educate people. The educated classes had never occurred to me to doubt that they have the knowledge needed. What is not taught peasants energetic culture! Some called the peasants to the ax, others taught them to love the faith, Tsar and Fatherland, and others introduced new-fangled methods of plowing the land, and the fourth was forced to clean in the morning teeth, the fifth… Well, you understand. It is easy to guess that every educator believed their job the most important and a little despised all others.

However, there was one area, toward which all were unanimous teaching peasants to read. That the ability to read and write is a blessing and necessary skill, the radicals agree with the conservatives. The last quarter of the nineteenth century passed under the sign of national education. The number of schools rapidly increased, and it bore fruit. According to the 1897 census, among residents of Russia in the age of 10-19 years was 51% are literate, while among 50-59-year to 20.1%. The difference is more than two times!

While mass teaching peasants to read, showed an amazing thing. A few years after graduating from school even the most successful graduates begin to write, not how they were taught. The inability or unwillingness of the peasants to write as it should be complained almost all the teachers, but it never occurred to me to look illiterate peasant texts of some system. But such a system, undoubtedly existed.

When the linguist Vasily Bogoroditsky tried to find out why former standouts writing is so horrible, he came to the conclusion that the cause of many errors is not ignorance. Farmers deliberately tried to minimize the use of the letters “Yat” and “i decimal”. “One Gramatik — remember virgin did not write the letter “e”, meanwhile, spoke of her reading books. To make sure if she is familiar with the handwriting font for the letter I wrote her and asked whether he knew that letter; was that knows. Then I was curious to know why he doesn’t write this sign”.

Our Gramatik answered that he writes simply, without that letter, and a write in printed books the this letter used. He also talked about the letter “i”, which is also not found in his writing.Vasily Bogoroditsky Linguist

The peasants not only wrote differently, but their initial training could be very different from that to which we are accustomed. The fact that in parallel with the school until the beginning of XX century preserved an archaic way of learning to read and write Church Slavonic ABC book, book of Hours and Psalter. Learn so people could, for example, to read and sing in Church, but to read Pushkin or Tolstoy, they were difficult.

These people were addressed to special entertainment literature, which is generally called lubok. The language of the splint is very different from the language of classical literature. On the one hand, the splint had many features characteristic for religious books, on the other — are almost never used letters “Yat” and “i decimal”. The peasants believed such a spelling is correct, and the creators of Lubkov tried to match the tastes and views of its readers.

Even in the woodcuts that reproduce a newspaper article (peasants loved reading about court life), newspaper text translated in a lurid spelling.

Peasants wrote as wrote the authors of the broadside sheets. To overcome this, no one did, and this strange spelling was long. They wrote their letters our contemporary Agafya Lykova, a recluse from the family of old believers-bespopovtsy who have mastered letter on the Church books.

The teachers felt sorry for the efforts that they spent on teaching farmers the proper letter. Sad to see how a few years after leaving school former students, had forgotten about the letter “Yat” and other school of wisdom. It seemed that the easiest way would be to simplify the spelling. After all, if the rules are simple and natural, the peasants will not notice as you begin to follow them. Of course, the hope is that the simplification of spelling will make everyone literate, was utopian, but it was close to everyone who wanted to destroy the social and class barriers.

For three of the pre-revolutionary decades, there are many dozens of books and articles whose authors have offered various reform projects. A symbol of the excesses of the system of Russian spelling was still the same suffering, the letter “e”.

Isn’t it better, instead of meaningless exercises on the use of the letter “Yat” to work with students at least stylistic exercises and give them a skill that is really useful and necessary to clearly Express your thoughts, because of complaints that finished the course public schools can not sensibly write a letter, unfortunately, is quite fair.Group Kaluga teachers

There is an old joke about the fact that Nicholas I once decided to exclude the letter “Yat” of the Russian alphabet, but people in the know explained to the king that this letter is useful because it enables to distinguish a literate person from an illiterate.

Indeed, Russia’s ability to write the letter “Yat” where necessary, played the role of a social barrier that prevented “cooks children” to go to University. So students were motivated to cram the words in which he should have written “Yat”.

In pre-revolutionary Russia, public opinion was of great importance. People United in interests, wrote articles in magazines, argued, created and overthrew the authorities. And of course, talked about how to equip Russia, fix the roads and educate the people.

Pedagogical society at Novorossiysk University conducted a survey among primary school teachers and said that teachers “unanimously sympathize with the simplification of modern Russian spelling”. The members of the society claimed that the students can’t stand the dictations that learning is too complex spelling takes a lot of time that could be spent more usefully, the school must first learn to think and Express their thoughts. The same ideas were heard at last in 1914 the national Congress for public education. And where they not only expressed!