Nebesa called the true purpose of the White house to undermine the nuclear deal with Tehran. 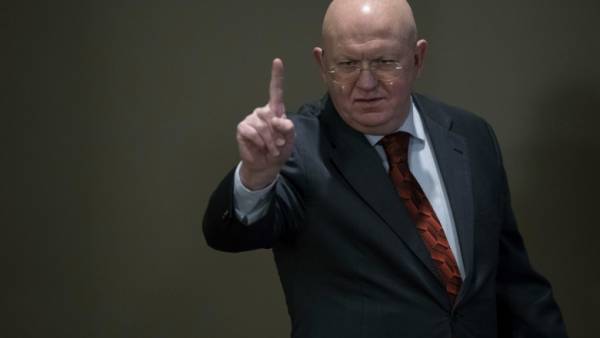 Moscow. January 6. INTERFAX.RU USA spray the energy of the UN Security Council, calling a meeting on the situation in Iran, I propose to interfere in the internal Affairs of the country, said Russia’s permanent representative to the UN, Vasily Nebenzia.

“You spray the energy of the Council instead sent it to the settlement of acute crisis situations in Afghanistan, Syria, Libya, Iraq, Yemen, North Korea, on the African continent. You propose to deal with the interference in the internal Affairs of the state,” he said, speaking at a UN security Council meeting on Iran.

Let Iran handle his own problems. The more it happens.Vasily Abuseposted the UN

He noted that Russia “does not want to be involved in the destabilization in Iran or anywhere else”.

“The incitement from the outside and calls for the so-called change and may contribute to radicalization and violence, whether in Iran or any other country,” — said Nebenzia.

“The truth behind the causes of today’s meeting lies not in the attempts to protect human rights and interests of the Iranian people and in a veiled attempt to use the moment to continue the line of undermining the Joint comprehensive plan of action to resolve the situation around the Iranian nuclear program,” he added.

Earlier, speaking at the meeting, the us permanent representative to the UN, Nikki Haley urged the members of the Security Council of the world organization to join US and support “the Iranian people’s call”.

“We will not shut up. Any dishonest attempt to portray the protesters as puppets of foreign powers doesn’t change that. The Iranian nation knows this truth and this truth also know,” said she, speaking at a meeting of the security Council.

Haley noted that “the Iranian nation acts according to his own will, on their own behalf for their own future.” “Make no mistake, the United States without any reservations support those in Iran who are demanding freedom, and prosperity for their families and dignity for their nation”, — said the American Ambassador.

Earlier, the US took the initiative to hold a meeting of the UN security Council on Iran in connection with the situation in the country.