Not a single HYIP: how new words change Russian language

MOSCOW, 6 Jan — RIA Novosti. Rich and vivid 2017 was not just for the event: a new phenomenon and, as a consequence, words. How HYIP and rap battle was important for the Russians, tried to understand the correspondent of RIA Novosti. 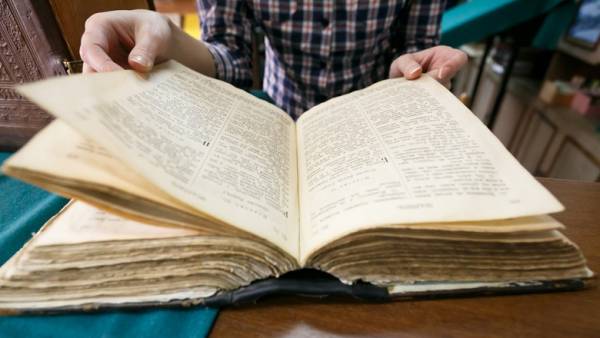 Earlier the Expert Council at the Center for creative development of Russian language, which includes famous writers, philologists, linguists, journalists, culture experts and philosophers, chose the main words of 2017. The top ten renovation, bitcoin, HYIP, toxic, battle, dope, cryptocurrency, fake, bezviz and harassment (harassment). The main new words of the past year was published on the website of the year of literature.

“The new units that came into the language, they are related to the fact that there are new realities. So whether we like or don’t like, we have to accept these new units. Because there are new realities”, — said the doctor of philological Sciences, Professor, Department of Russian and General linguistics from the Pushkin Institute Nataliya Bozhenkova.

For example, bitcoin is a new unit that is associated with a new measurement system of certain values, and hype — a way to assess any action, said the scholar.

HYIP or not HYIP

“Whether you like it or not, new words in our language reflect today’s reality. Life is all the time accelerated, becoming at the same time, less layered. Something we are irrevocably lost. They say that the language must be protected. But how? It is obvious that the administrative resource is powerless here,” — said the first Deputy Chairman of the Federation Council Committee on defense and security Frants Klintsevich.

In his opinion, the process of the emergence of such words in the Russian language can not be stopped. He noted, however, that he himself, as a man, brought up in the classical Russian literature of the XIX century, it is a pity that this is happening. “Tatyana’s letter to Onegin and e-mail somehow incompatible,” he said.

“As a politician, of course, I use new words. For example, fake news — short and clear. But without the word “HYIP” full cost,” — told RIA news Klintsevich.

But the leader of LDPR Vladimir Zhirinovsky has complained about excessive borrowing in the language, primarily in advertising. The politician reminded that his party has been proposing the law on the protection of the Russian language.