2018 promises to be a breakthrough for Russians in the social sphere. Taken by the authorities measures first of all will help the most vulnerable segments of the population: pensioners, to large families with low income. However, the change will feel and defrauded real estate investors, and debt-ridden individual entrepreneurs and even the debtors, which are still too coarse pursued the collectors. 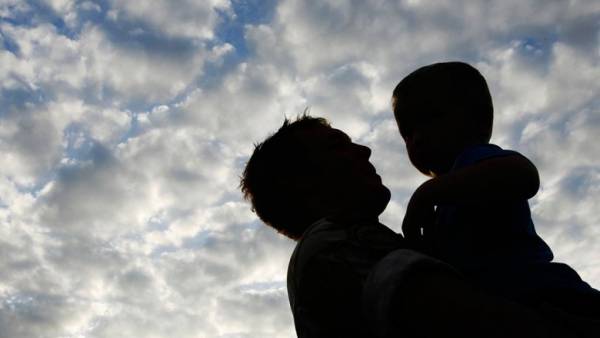 Speaking on the eve of the New year, the press Secretary of the President Dmitry Peskov could not name a major achievement of the country’s leadership in 2017, but noted progress in the economy and initiatives in the social sphere.

In his view, “to name a single achievement it would be wrong, because actually a lot of achievements including the economy, changing the main trend in the economy, record low inflation; it is the initiatives and measures taken in the social sphere”.

For the social sphere 2017 was a breakthrough, adopted a number of important decisions. As a consequence, from January 1, Russians will find a lot of changes in the quality of life. One of the major innovations in social policy was the increase of the minimum wage (SMIC) nearly 22 percent to 9 489 rubles. 85% of the subsistence minimum of able-bodied population for the second quarter of 2017. From 2019 on, he will always be equal to the subsistence minimum for the second quarter of each year.

At the same time from January 1, increase unemployment benefits, to pregnancy and childbirth.

Since the beginning of the year increased the size of insurance payments for individual entrepreneurs to the Pension Fund and the Mandatory medical insurance Fund.

As noted by the Director of the Institute of contemporary state development Dmitry Solonnikov, “society must be confident that if a person works, his work must be paid at least a minimum part of the subsistence level”.

“Now wage — this is a global trend — less and less corresponds to the subsistence minimum (for people with low skills). And the fact that Russia takes a step backwards and raises the minimum wage to the subsistence level, talks about the social orientation of the state, about trying to motivate people,” said Solonnikov on radio Sputnik.

Earlier, President Vladimir Putin signed a law extending for three years the program of the parent capital, — to the end of 2021. The law implies the right of Russians to receive matkapital for the second, third or subsequent child in the amount of 453 thousand rubles.

Families with children in new ways to use these funds — for example, to pay for kindergarten or child care, not waiting until Tom will be three years.

It is sufficient to wait only two months after his birth.

Now the birth of the first child a family with a low income will monthly receive payment until, till he turns a year and a half. Payments will be families with an average income per family member less than 1.5 of the size of the subsistence minimum of the working population. The payment amount depends on the size of the regional minimum subsistence level of the child. On average in the new year this amount will be 10 523 rubles, and in 19-m — 10 836 roubles, 20-year — 11 143 of the ruble.

In General, increased payments for major expenses of large families. Doubled payments to purchase children’s goods and reimbursement of expenses for housing and communal services. Single mothers for child birth will receive 15 thousand rubles. Monthly reimbursement for the care of a disabled child is also doubled and now represent 12 thousand rubles. Low-income families will receive free tickets to recreational camps for children up to 15 years. All these innovations do not supersede existing measures of support: the right to a reduced fare, free Parking, discount tickets to theaters, museums, zoos, and cultural and sporting events and free school meals.

Introduced the long-awaited relief for the mortgage program for young families.

At the birth of a second or third child the family will be able to obtain loans at 6%. If the loan was taken in a commercial Bank no more than three years ago and our second child was born, you can also count on help from the state, it subsidizes the interest rate over 6% or refinance existing loans. The same assistance can count those families in which was born the third child and the loan is issued not earlier than five years ago.

Rector of the Russian state social University, Chairman of the Public chamber Commission on social policy Natalia Pochinok stressed that the most vulnerable categories of citizens are young families with children:

It is those citizens of our country who very much feel what poverty is. The demographic package, which was announced by the President is much more forgiving. It enables families with a certain level of income at birth of the first child not to think about how to feed the family and get a very substantial benefit.

She is confident that the offer of subsidizing the interest on your mortgage will benefit many families. “The opportunity to create and develop a family. The pace of demographic policy, which was taken with the introduction of the parent capital, it is necessary to hold,” she said.

With regard to the specification of the subsistence level, Pochinok is sure that the number of working poor will be less.

“The employer could pay wages and not to focus on minimum income in the region. But new steps lead to the understanding of the whole country, that the cost of living should be at the level of the minimum wage in the region. This will give a nice effect. In any case, only the measures of social support do not change the position of the poor. We need to create conditions so that jobs are not reduced, so there was economic growth, as manufactured products would be your sales” — summed up Natalia Pochinok.

Before the holidays, Putin announced about the new program on creation of additional places in crèches for children aged from two months to three years. The goal of this program is to provide in 2018-2019 hundred percent accessibility of pre-school education category of the nursery. According to the Minister of labour Maxim Topilin, for these purposes in the next two years will allocate 49 billion rubles. This will create 326 of thousands of new nursery places.

Earlier, it was said that the authorities were able to solve the task of providing children with places in kindergartens on to 98.8%.

With the New year, significantly increased funding for health care — up to 3.4 trillion rubles (in 2017 was 2.94 trillion). The total expenditure on medicine will be 4.1% of GDP. Because of this, for example, will continue construction of feldsher-midwife stations and medical clinics in the settlements with population from 100 to 2,000. The total for the year will build 272 such points and 17 dispensaries.

With the new year there will be indexation of pensions to pensioners by 7.8%. The increase will occur in two stages. The indexation from 1 January affected all types of pension insurance — old-age, disability and survivors benefits. The indexing rate was 3.7% with inflation rate of 3.2% in 2017. From January 1, simultaneously changed the value of the pension factor (or retirement points). Until the end of 2017, he was worth 78 rubles 28 kopecks, and now — 81 ruble 49 kopecks.

In 2018, has expanded the list of vital and essential medicines.

It now includes approximately 700 positions. All of these drugs are issued free of charge in hospitals. They should be in every pharmacy. For privileged categories of citizens in the list of added 25 medicines and two new dosage forms. The list of expensive drugs for patients with rare diseases was expanded with three drugs.

In the coming year it is expected the tax Amnesty.

Continues active development of the urban environment. From January to March, the government will allocate over 20 billion rubles between the municipalities for development of a comfortable environment. The project envisages measures for improvement in all settlements with a population of over 1000 people. The citizens themselves will determine the facilities through face-to-face preferential voting in March.

The coordinator of the Center of monitoring of urban environment of the Russian popular front (onf) Paul Zhbanov noted that the resources allocated under the program the funds generated from three levels: Federal, regional and municipal. The program started last year, and then it was decided to extend it for the coming five years — until 2022.