The Mi-24 helicopter crashed in Syria because of a malfunction

MOSCOW, January 3. /TASS/. Russian Mi-24 helicopter crashed on 31 December due to technical faults during execution of the flight to the aerodrome of Hama in Syria. 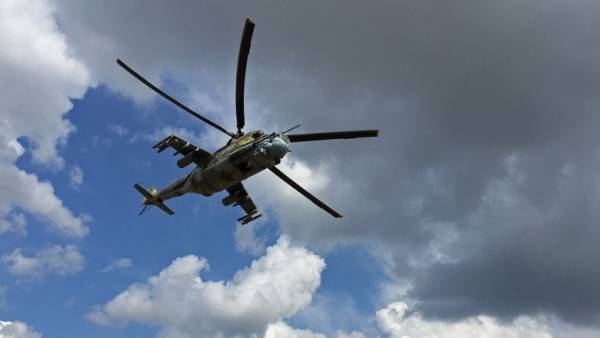 This was announced on Wednesday, the defense Ministry.

“When making a hard landing 15 km from the airport of destination both pilots were killed. Borteknik helicopter was injured and was quickly evacuated search and rescue on the airfield Hamim, where he was given necessary medical help”, — stated in the message.

“There is no fire exposure for the Mi-24 was not” — said the defense Ministry.