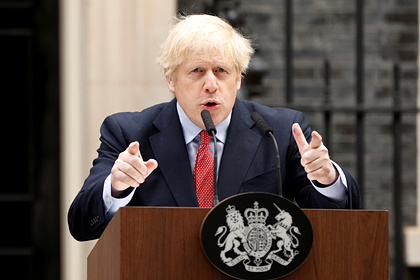 Prime Minister Boris Johnson has called opponents of vaccination crazy. He stated this during a meeting with nurses in a hospital in London, reports Sky News.

“There are so many of all these opponents of vaccination. They are crazy, crazy,” said the British Prime Minister. He also expressed hope that the flu season will make everyone in the country, and spoke about the introduction of large scale immunization of the population against flu. In its framework people at-risk groups will be vaccinated for free.

According to Johnson, the reason for vaccination is to protect against overloading the National health service. In addition, he reminded about the threat of the surge of the second wave of the coronavirus and noted that the infection still exists.

Earlier Boris Johnson had hoped to return to a normal life without strict quarantine measures, imposed because of a pandemic of mers for Christmas. According to him, the second wave of the coronavirus most likely in the fall.