The U.S. Embassy staff in Venezuela have fled the country. This was reported on the website of the Ministry of foreign Affairs of the Republic. 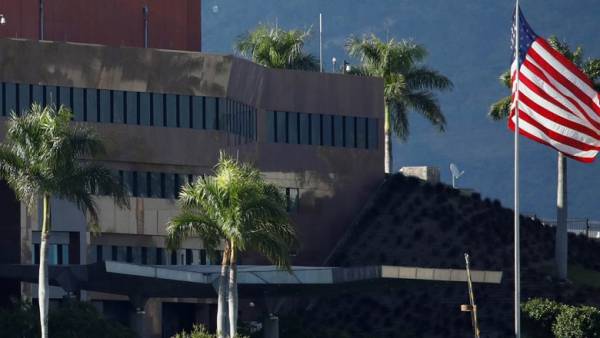 The Ministry said that the United States has evacuated diplomats from Caracas at the appointed time. In turn, Venezuela has started the process of withdrawal of the Embassy staff in Washington.

The foreign Ministry intends to create a Bureau of interests in each of the capitals. Negotiations between the parties must be held within 30 days. Several diplomats left to represent the interests of the countries in the embassies to reach agreement.

23 Anara elected President of Venezuela Nicolas Maduro accused the U.S. of attempting coup d’état and declared that breaks off all diplomatic relations with the us government. He gave diplomats 72 hours to leave the country. The term of the ultimatum expired on 26 January at 16:00 local time (23:00 Moscow time).

The USA reported it will withdraw part of the staff from the Embassy in Caracas, are not responsible for particularly important activities. The Embassy will continue to work. The decision was taken to ensure the safety of diplomats.

Maduro refused to leave his post post as the leader of the Venezuelan opposition Juan Guido proclaimed himself provisional President. He was supported by the USA, Argentina, Canada, major European countries and several Latin American countries. Russia, and with it, Belarus and Turkey, support the legitimacy of the Maduro.