The night work was associated with subsequent DNA damage

Chinese scientists have found that lack of sleep due to working night shifts can increase the amount of oxidative DNA damage and less repair. This, in turn, can lead to the formation of chronic diseases due to poor sleep hygiene. The article was published in the journal Anaesthesia.

It is known that insufficient and poor sleep hygiene negatively affect health: for example, just one sleepless night leads to an increase in the concentration of beta-amyloid in the brain, and late bedtimes associated with the emergence of mental disorders. 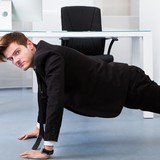 How to beat that afternoon slump

One such mechanism may be the effect of lack of sleep on the natural processes of damage and reparation of DNA. He decided to study scientists from the University of Hong Kong under the leadership of Shu-Wai Choi (Siu-Wai Choi). Their study involved 49 doctors, who provided a sample of his blood after three nights of normal sleep. Of all participants, 24 doctor went to work the night shift several times a month: they were asked to donate additional blood after one of these nights.