Icy roads, human bones and down into the pit: the three-day route through the misty canyons and abandoned places for lovers of new experiences. 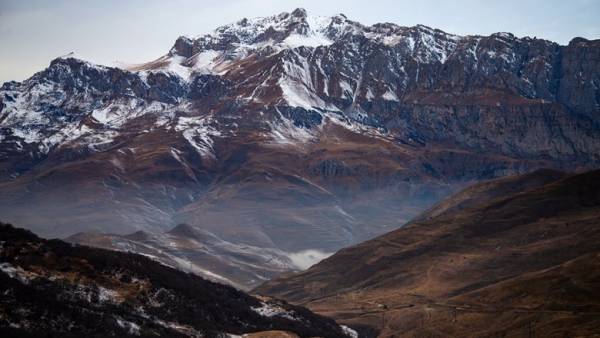 North Ossetia — the land of wandering mists and stuck in the gorges of the clouds. They can be observed at any time of the year. About where and how to go in the winter for those looking for something special, says photographer Alexander Sukharev.

On the first day. Preparing to the mountains and the old cable car

Will land you in the capital of North Ossetia, and in the nearby town of Beslan. Airport and Vladikavkaz share 26 kilometers.

of North Ossetia with the drone

To rent a hotel or apartment makes sense for all days of travel: in North Ossetia are not so big distances in the mountains the day not to return to the city. Staying overnight anywhere except Vladikavkaz is only if you got a very persistent and friendly host. In addition, not all of them have hotels and hostels, and those that are available in winter may not work.

Familiarity with the city better to start with a walk through the center. Vladikavkaz — a city of old mansions. Built in the XIX — early XX century, they belonged to the Industrialists and officials, and now one of the landmarks of the capital.

The rest of the day can be spent on a less conspicuous object. It’s an old cable car in the South of the city. It was opened in 1980 to carry tourists. From the city water station — an artificial lake, surrounded by greenery, they went to the top of Bald mountain.

The road stretches three kilometers over the green array. Ride, however, will not work. Unlike water station remains popular with residents, bringing them to work longer. It is easiest to take a taxi and go to the “Water station” through the station “Motel” to “Bald mountain” on the car. The abandoned station is dilapidated, but you can see the lonely hanging on the cable car closed trailers.

After a post-apocalyptic scenery is the time to explore the gastronomic map of the city. There are so many different places that do not have a month to try everything. We really liked the restaurant “Soudan” and Shawarma bistro Syria. And, of course, to go to Ossetia and eat the famous Ossetian pies? We were so full that took the rest with him and the next day had finished somewhere in the mountains. And this is common sense. Before trips to the gorge it is better to stock up on food in Vladikavkaz. The city has many familiar supermarket chains. Well, in the mountains, as it turned out, sometimes not so easy to find even drinking water.

When understood with provisions, should resolve the issue with the machine. And here there are two ways. The first is to find a local tour guide with a car who will show, tell and feed. The second is to rent a car and embark on unknown roads. The guide can be found in social networks. Finding an independent lease will have a little bother. Official rentals there, so that will help to “Yandex”. Important — carefully check the machine to ride along the edges of cliffs without being sure the rubber is not fun for the faint of heart. The prices are a bit biting, but for a large company is acceptable. Independent rent will be around 2000 rubles a day (excluding petrol). Car rental guide — about 5,000.

The second day. Above the clouds at the edge of the necropolis

North Ossetia is a small Republic, there are literally three main roads: the route to Georgia, the road to the Upper Fiagdon road to Tsey. The distance is ridiculous, so one day you can see a lot.

The second day of our journey lies on the road in the Upper Fiagdon Karmadonskom to the infamous gorge. Views cinematic: the road is shiny, the trees covered with frost, lower lying withered leaves. Every turn opens up new landscapes.

About an hour from Vladikavkaz, and the first stop — zingisa fortress built around the entrances to natural caves.

It is easy to miss the building literally merges with the rock. The level of masking is phenomenal. Here it is necessary to leave the car and rush on storm: to climb the bricks, laid out on rickety stairs. Available only in the lower part of the fortress, on the way filled up. But consider the upper sections of the fortress are already out of the car. Amazes and delights.

The higher you climb, the more rime all around: trees, grass, barbed wire, stretched for grazing cows, dissatisfied with munching frozen grass.