Gold has disappeared from under the noses of the FSB

Investigator of secret service is charged with the assignment and distribution of 12 pounds of nuggets. 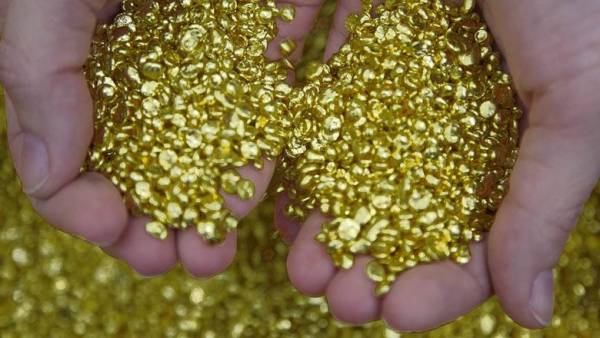 As it became known””, in Pacific naval military court heard the criminal case of theft of gold nuggets seized during investigations by the FSB Directorate of the Magadan region. Fraud with precious belongings is accused by a former investigator of secret service Konstantin Kostenko, which they disappeared from the office. The major, and his trial behind closed doors, pleads not guilty — neither the nuggets nor the large sums of money he was found.

These nuggets were material evidence in several criminal cases about illegal circulation of precious metals, which were conducted by the investigator Kostenko. Note that famous in the field he had received through the prosecution of the CEO of the company “Field” Nicholas Derienzo, 45 mined gold in Kolyma. A veteran prospector, accused the FSB of illegal possession of precious metals and carrying out transactions with them, but his prosecution was eventually terminated by the court under the Amnesty declared by the state Duma in connection with the 70th anniversary of Victory in the great Patriotic war. The accused fell under its action as a decorated.

Meanwhile, having access to gold nuggets, alleged in the indictment, the investigator Kostenko switched them to a less “precious metals”.

After committing the theft, major Kostenko, according to investigators, in the period from 2 March to 6 April 2015 C gold, “causing their actions damage to the state in especially large size”.

Upon loss of native gold from the exhibits in March 2016 was initiated a criminal case under paragraph “b” of part 4 St. 158 criminal code (“Theft”). Initially, production was carried out by the military investigation Department of the Investigative Committee of Russia in the Khabarovsk garrison, and on 28 December 2016, the case was transferred to a higher investigative authority, the military investigation Department of the TFR in the Eastern military district.

In March of the following year the investigator Kostenko came under suspicion, and on 12 July, he was arrested. The decision of the far Eastern military district court a measure of restraint for Konstantin Kostenko was appointed house arrest. But on 7 February of last year the Khabarovsk garrison military court at the request of the chief military investigation Department of the TFR sent the major of justice in jail.

According to “Kommersant”, the basis for stricter measures of restraint were the arguments of the investigation that Konstantin Kostenko actively opposed to “criminal proceedings”.

So, claimed in court the consequence, he “extended the property acquired at the expense of funds obtained through criminal activities”, others as “the purpose of the conspiracy and conceal its criminal activities began to use to communicate with their relatives and friends instant messengers (Skype, votsap) ceasing use of the telephone”.

In addition, according to investigators, through his father major Kostenko put pressure on witnesses in order to induce them to refuse to testify. More important was the argument of the investigation that the father of Konstantin Kostenko has friends in the Ukraine and the defendant “may take advantage of these connections in order to travel outside Russia to hide from the investigation and trial”.

Process in Pacific naval military court is closed to the press. As explained “Kommersant” in court, due to the fact that the case materials contain information constituting state secrets. It is expected that the verdict will be pronounced before the end of February.

However, as it became known””, the Konstantin Kostenko insists on the innocence.

“No, Kostenko, where supposedly there was a substitution of gold, and had the other employees of the FSB in Magadan region”, — said “Kommersant” the lawyer of the defendant Sergey Badmaev. He added that his client was never found themselves or gold nuggets or large sums of money, did not he expensive purchases. The defense intends to seek an acquittal.