MEXICO city, January 26. /TASS/ — the state of Hidalgo reported that 68 people died in the explosion, 46 died in hospitals. 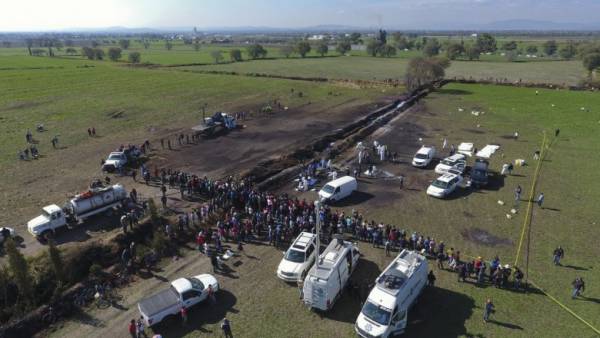 The number of victims of explosion of a pipeline in the state of Hidalgo January 18, continues to grow. As reported on Friday night (Saturday morning GMT), the government of the region, the death toll reached 114 people.

“68 killed, 46 died in hospital”, — stated in the published statement of the authorities. More than 30 people continue to receive necessary assistance in hospitals.

An explosion and fire occurred near Tlahualilo on the place of illegal tapping into the pipeline when there was a lot of people.

The Federal government has stated that this tragedy will not affect their plans to combat theft of fuel in the country.