WASHINGTON, January 24. /TASS/. Washington gave Moscow a document which outlines the requirements of the United States on the observance by Russia of the Treaty on the elimination of intermediate and shorter-range missiles (INF Treaty). 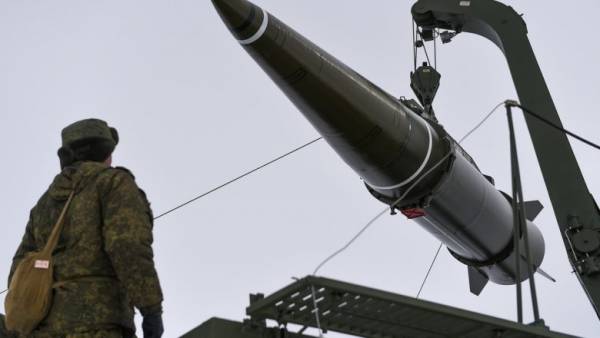 This was announced on Thursday at a meeting with a small group of journalists, which included the correspondent of TASS, the Deputy Secretary of state for arms control and international security Andrea Thompson.

She said that this message was transferred its Deputy foreign Minister of Russia Sergey Ryabkov at the talks on the situation around the INF Treaty, held on 15 January in Geneva. “We left them a letter outlining that they [Russia] need to take to return to compliance with [the INF Treaty]”, she said.

First U.S. accused Russia of violating the INF Treaty in July 2014. Then Washington has repeatedly said it is a statement with which Moscow has expressed disagreement. Russia puts U.S. counter-claims related to the implementation of the INF Treaty. The agreement was signed by the USSR and the USA on 8 December 1987 in Washington.

U.S. Secretary of state Michael Pompeo said on 4 December following the meeting of heads of foreign policy departments of the countries — members of NATO in Brussels that Washington will cease to carry out its obligations under the INF Treaty, if Russia within 60 days will not return to execution of the agreement. As stressed by December 5, answering the journalists ‘ questions President of Russia Vladimir Putin, the American side has not provided any evidence attributed to Moscow’s violations of the INF Treaty.