MOSCOW, January 20 — RIA Novosti, Tatiana Pichugina. To prevent global warming, one can reject from the Earth part of the solar radiation. 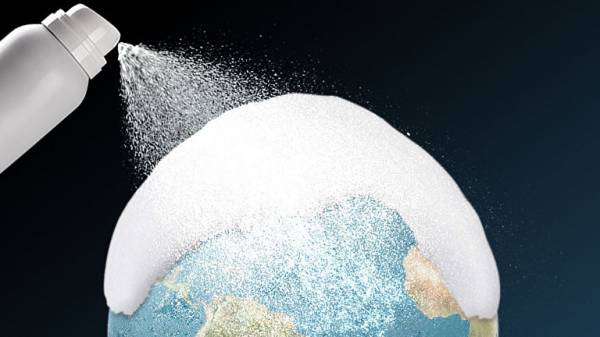 There are other ideas — the cosmic mirror, creating a bright sea of clouds, aerosol protection in the stratosphere. All these projects are still on paper or in the stage of laboratory experiments, but it is possible that the worst-case scenario of climate change by the end of the century they will have to implement.

Special report of the intergovernmental panel on climate change (IPCC) that predict atmospheric warming by half a degree by the end of century, held in November in Katowice the Polish climate talks under the UN auspices has again aroused interest in the topic of global warming. In the media there is news about geoengineering projects to reduce the temperature. That’s just the way these are not new, are at the stage of calculations and, generally, experiencing lack of funding.

Solar heat penetrates through the Earth’s atmosphere and heats its surface. In turn, the planet gives off heat to the outside, and most of it goes into space. The rest is delayed, greenhouse gases contained in the atmosphere: water vapor, carbon dioxide, methane, ozone, nitric oxide. Through this mechanism, the planet is relatively warm and life is possible in its present form.

In 1960-e years scientists have noticed that in the atmosphere increasing the content of CO₂ — one of the strongest greenhouse gases. They suggested that the excess of it comes from burning fossil fuels and if we continue to do, global temperatures will rise and climate change. The pioneer of these studies was the Soviet scientist Mikhail Budyko. He also expressed the idea of engineering the climate impacts with the goal of cooling. In the 2000s, the concept was further developed by academician Yuri Izrael.