Upskirting recognized as a crime in England. You will receive up to two years in prison

The British Parliament passed a law according to which the secret photographing of women under the skirt (upskirting) in England and Wales will now be able to receive up to two years in prison. In Scotland it became a crime eight years ago. 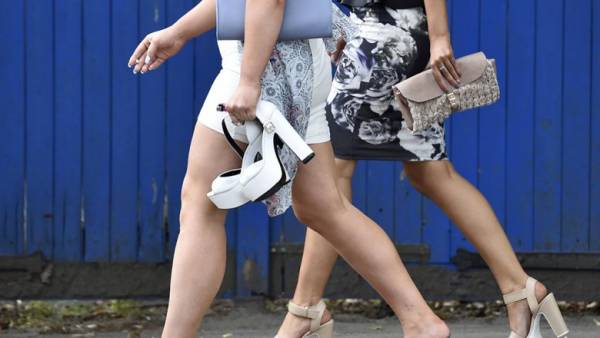 This week, the house of lords passed the third reading amendments to the law on sexual offences.

According to the document, “handling equipment” under the clothing of another person in order to photograph or shoot video of the genitals, buttocks, or covering their underwear is recognized as a form of voyeurism and can be punished by a fine and/or imprisonment for up to two years.

Upskirting (from the English. upskirting; literally — “scoring skirts”) has become a serious problem with the advent of smartphones. Therefore, relevant articles in the legislation of different countries began to appear recently, and these countries are still few.

In England the campaign to officially call upskirting crime, beginning in 2017, a young resident of London, Gina Martin. In the summer of 2017, she became the victim of a brazen, defiant upskirting at the concert in Hyde Park.

Police spoke with the man who molested her and took pictures of the girl at the bottom under a short skirt and demanded to remove the picture.

“And I found out that the only law under which I could sue him in court — it’s an old law about public insulting of morality, which is something vile or unworthy has to happen in public, and is a must see at least two of them — said Gene in August 2017 Bi-bi-si. The irony is that usually in such cases, talking about exhibitionists. That is, quite simply, the only law which protects the victim of upskirting in England and Wales is the law, which the authors worried about what he saw the audience, not the victim of harassment”.

After the incident in Hyde Park, Gina launched a campaign for the adoption of the law. A half later, it ended in victory.

“I’m in seventh heaven […] 18 months of exhausting, emotional, life-changing work. I always thought that in politics nothing has changed, but it turned out that everything can be done, we need only the will and the help of the right people,” wrote Gina. By “the right people” she was referring to primarily lawyers who participated in the campaign.

In criminal law, as in many other areas, parts of the United Kingdom enjoyed autonomy. In Scotland the point of upskirting appeared in the criminal code in 2011. In the past year, experts estimate that since excited average of 3.5 cases of this kind annually.

At the beginning of Bi-bi-si talked to some women victims of upskirting. One of them a stranger took a picture at the bus stop. Another, a teacher by profession, photographed from behind and below students-teenagers. The third saw the stranger in the store taking pictures under the skirts of her 18-year-old daughter.