MOSCOW, 19 Jul — RIA Novosti. The burial of Vladimir Lenin would be for Russia a step forward, said a member of the presidential Council on human rights (HRC), the Director of the State Museum of Gulag history novel Novels. 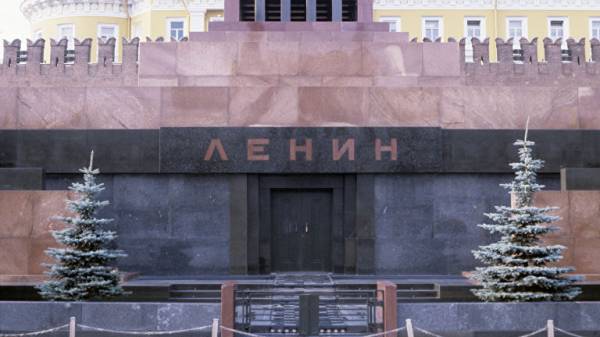 Monday, January 21, will mark 95 years since the death of Lenin.

“I think who is really to bury Lenin’s body. I understand that you may be conviction that members of some groups can “speak poetically”, but, in General, for Russia this is a step forward,” Romanov told RIA Novosti.

According to him, the burial of Lenin will be practically and symbolically the right thing, because the body’s storage on red square near many of his contemporaries raises questions.

“Of course, there are groups of people for whom this name and symbol valuable and important. Here, I think we just have to do it. And for people who Lenin is valuable and important, you need to consider may be the technology where you move the body, how to provide access to it”, — he added.

Romanov believes that the mausoleum should be the Museum of ideology.