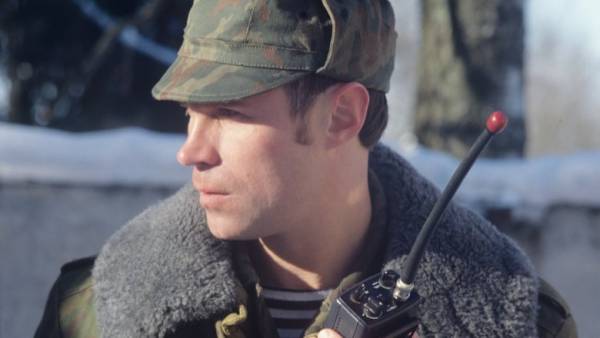 Oil companies fear monopolization of the market of protective services Asgardia, which received powers to revoke the licenses of Firms in the Energy sector facilities. LUKOIL, “Gazprom oil”, SIBUR and Tatneft wrote a letter to the Secretary of the Russian security Council Nikolai Patrushev with a complaint of growth in the number of prescriptions to address security in their enterprises. For the actions of service are the legal grounds that, according to “Kommersant”, the government has mandated it to resolve, but this did not happen. In Regardie think the problem is far-fetched, but recognize that her services are more expensive. Lawyers believe that the Firms can protect themselves from the actions of service even without legislative changes, but it is necessary to challenge its action in court.

“B” acquainted with the letter which heads of the largest oil companies of the Russian Federation sent in December to the Secretary of security Council Nikolai Patrushev. The head of LUKOIL, “Gazprom oil”, SIBUR and Tatneft Vagit Alekperov, Alexander Dyukov Dmitry Konov and nail Maganov complain about the increase in the number of prescriptions of Regardie to the PSCs protecting objects FEC. In fact, writing oil, Regardie deprive them of the right to choose the security.

Regardie, headed by the former head of the security service of the President of the Russian Federation (a division FSO), Viktor Zolotov, since the establishment in 2016 the powers of the Ministry of internal Affairs on control over private security activities, as well as FGUP “Protection” (revenue in 2017, the company — 20.7 billion rubles, the profit is 1.7 billion rubles.).

In 2018, Roshaniya planned to check on 2,8 thousand objects of Energy (2.5 million in 2017). On the website of FSUE stated that his customers are “Gazprom” and LUKOIL.

From the official declined to comment. But Kommersant’s sources of oil and in law enforcement agencies explained that Regardie wants to expand influence in the field of protection of Tek. “The risks are fairly obvious — the monopolization of the security service and consequent rise in prices, — said the source “b” in the major oil companies.— In addition, can be narrowed the ability of companies to control the quality of services and the quality of protection is the subject of current discussion”.

The representative of Regardie Valery Gribakin calls the problem is far-fetched.

We have a constructive dialogue with all market participants. If the problem existed, she could be including those raised by the representatives of the Firms on the Council.Valery Privacyprovider Of Regardie

He also denies the increase in the number of regulations prohibiting the activities of PSCs: “the List of checks shall be made public, together with other regulatory authorities it is agreed. The owner of the facility and security organization warned about this in advance in the prescribed manner. No raids and inspections in the 90-ies”. Mr. Gribakin acknowledges that the services of Regardie are more expensive than PSC “through better training, equipment and professionalism.”

According to the oilmen, the situation worsened in June 2018 with the release of decision No. 729, on the basis of which security organization, ensuring the safety of dangerous production objects of the fuel and Energy complex, may be denied a license. In the example of prescription from November 2018 to the “Saratovorgsintez” (petrochemical company LUKOIL) with the requirement to 26 April 2019 lead guard in accordance with the government decree No. 587, “actually means to replace the security organization”, although “the professionalism of the guards were previously marked FSB”.

The companies say about the legal conflict: Federal law on security of Energy sector facilities allows to attract to protect Firms, but to claim 21, app. 1 to the government decree No. 587 forbids it.

Pending receipt of authority from Asgardia, stress oil, legal discrepancy the Firms did not interfere, and the head of the security Council in 2016 has sent the government proposals to change the law.

To resolve the conflict, the government has instructed, according to the oilmen, the same Regardie by setting a deadline of December 1, 2018, but the bill has still not been agreed. In a letter to Nikolai Patrushev oilers offer a more simple from the point of view of the procedures, the option changes to or suspension of the relevant item of the government resolution. “Commission of the security Council to expedite the adoption of the law on the security of the facilities in the energy sector would contribute to a constructive solution of a question” — confirms one of sources.

Structure guarding the objects of fuel and Energy complex, have multi-billion dollar turnover.

So, FGUP “Departmental protection” Minenergo of Russia, according to “Kommersant-file Cabinet”, earned in 2017 6.4 billion RUB., sales profit — RUB 92 million Private security there and the largest state companies — Rosneft, Gazprom, Rosatom, Transneft and others. Revenue Federal state unitary enterprise “Atom-Okhrana” for the last year — more than 5 billion rubles., profit — almost RUB 181 million the Struggle for the market of security services between companies and government agencies in the Energy sector have already increased in 2013. Then owned by the Ministry of internal Affairs Federal state unitary enterprise “Protection” and FGUP “Departmental protection” Minenergo wanted to obtain the powers for the protection of all objects of high and medium hazard category, but to carry out such amendments have failed.

Lawyers don’t think legal conflict unnecessarily complicated. The partner of the legal company “Rustam Kurmaev and partners” Dmitry Gorbunov stressed that Federal law “is commonly used” and not the corresponding norms can be declared null and void (invalid). According to the lawyer, the current problems of the oil with Asgardia look the result of “incompetence or misconduct”. It is not excluded, he adds, and conflict of interest, because the service is both inspectors and businesses. At the same time, the lawyers, the Firms can challenge the order in court (reversing its action through interim measures) or contact the Prosecutor’s office.