Moscow. 18 Jan. INTERFAX.RU — Regardie learned from the media about the letter, oil companies, complaining of increase in the number of prescriptions to address security in their enterprises, have informed “Interfax” Agency spokesman Valery Gribakin. 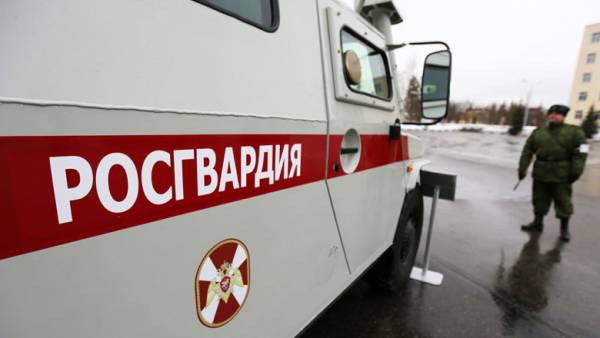 “We were surprised by such requests, because we have quite a constructive relationship with all market participants and, primarily, with energy. Note that we have a lot of formats of interaction with these companies, there is a Council, which includes over a hundred representatives of chop, large companies and experts,” said Gribakin.

We at least once a quarter we have meetings at which these issues were raised. I want to note that we are still not familiar with the contents of this appeal, we consider only the information that appeared in the media, of the letter no.

He also noted that untrue information about a significant number of inspections of private security organizations operating in the energy industry.

“When the alarm function is moved from the interior Ministry to Regardie, it was established a transparent system of verification measures, which regulates the law — a register of checks. On upcoming, be sure informed check, and all this information is officially posted on the website of the Prosecutor General — any head of a private security company can come and watch whether it is in the plan for 2019,” said Gribakin.

Regardie carefully examining all the arguments that circulated in the media.

Also consider the possibility in the near future to meet with representatives of private security organizations operating in the energy industry, to harmonize their positions that were raised in the media. This indication has already been given the leadership of the Ministry, he added.

Earlier on Friday, the newspaper “Kommersant” reported that the oil companies fear monopolization of the market of protective services Asgardia, which received powers to revoke the licenses of Firms in the Energy sector facilities.