70-year-old Professor of Samara state University Eugene tresheva, one of known Russian legal experts, became a defendant in a criminal case for truancy. Investigators said that she received a salary, although working time was absent from the University. Criminal case on materials of the FSB initiated for forgery and fraud, although the leadership of the institution to the Professor no complaints. The mistress tresheva recalls that actively opposed the ex-Governor Nikolai Merkushin. The situation caused a public outcry, the teacher was supported by colleagues, students and the Union. 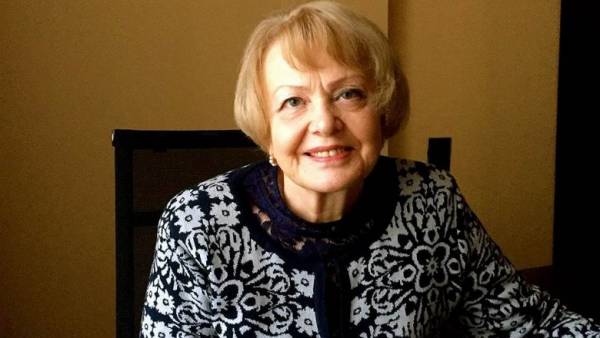 The consequence incriminates to the teacher, causing damage to the state of 30 thousand rubles, which allegedly was formed as a result of truancy.

Professor told “Kommersant” that the news about the criminal case came as a shock. “I went to the Spa to recuperate, explained the lady tresheva.— Students have classes, papers or Department meetings in this period. All this time I was preparing for the meeting of the dissertation Council, wrote reviews and scientific articles is an everyday professorial work.”

The Professor added that it intends “to fight for justice, because the situation is more than absurd.” After Eugene tresheva learned about the claims for which she received a wage, she returned to the University about 20 thousand.

The leadership of the institution to the Professor no complaints, reprimands or complaints for violation of labor discipline, she could not stand.

Eugene tresheva headed the Department of civil procedure and business law since 1989 until recently. She was an ardent opponent of the merger of Samara state University and Samara state aviation University, Samara single University, remained unconvinced and after the completion of the merger of universities. At the enlarged meeting of the academic Council of the University Professor is actively arguing with the ex-head of the region Nikolai Merkushin, who supported the transformation of universities.