Became known the details of the criminal case against Anastasia Fish

Moscow. 19 Jan. INTERFAX.RU — As follows from the decision of the court, the citizen of Belarus and Alex Leslie January 2017 to March 2018 was involved in prostitution for more than two people. 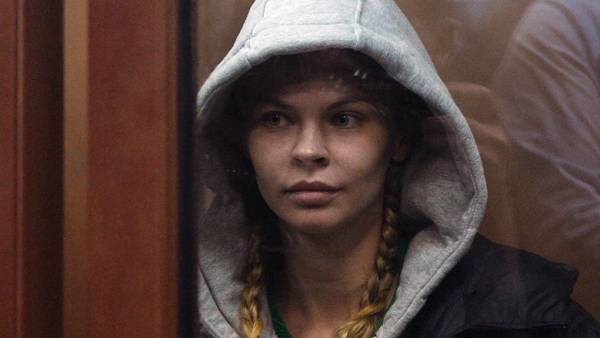 A criminal case of involvement in prostitution, which was detained Vashukevich Anastasia (Nastya Fish) and Alexander Kirillov (Alex Leslie), was initiated in September 2018.

This follows from the decision of the court on extending the detention of Vashukevich for 72 hours. According to the document, in December the investigation was suspended and on January 17, resumed. Currently, the investigation term was extended for another month.

According to investigators, follows from the decision, Vashukevich, acting by a group of persons upon a preliminary collusion with Kirillov and other persons in the period from January 2017 to March 2018 was involved in prostitution for more than two people.

As explained at the meeting of the court, the lawyer Vashukevich Dmitry Zatsarinsky, in the case of two victims, according to the statements which it was instituted — “Davydova and Nasir”.

Earlier on Saturday, the Nagatinsky court for 72 hours postponed consideration of the petition of a consequence about arrest of Vashukevich until February 16. Submissions Kirillova court is considering at the moment.

Arrested in Thailand, is detained in Russia

The citizen of Belarus Anastasia Vashkevich and a citizen of the Russian Federation Alexander Kirillov was detained by police on 25 February 2018 in one of the hotels in Pattaya (Thailand). First of all 10 detainees were accused of working without a visa, late charges added providing sexual services.

January 15 this year, the court sentenced Pattaya Kirillova and Vashukevich to 18 months in prison for the creation of secret societies and the provision of sex services. The balance of the unserved term of the court replaced them on probation. On January 17, they were deported from Thailand, having in custody nine months.