MOSCOW, 18 Jul — RIA Novosti. The human brain over the past 7 million years of evolution has increased nearly five times, he grew from 300 to 13500 cubic centimeters, said in an interview with RIA Novosti associate Professor in the Department of anthropology of the biological faculty of MSU named after M. V. Lomonosov, candidate of biological Sciences Stanislav Drobyshevsky. 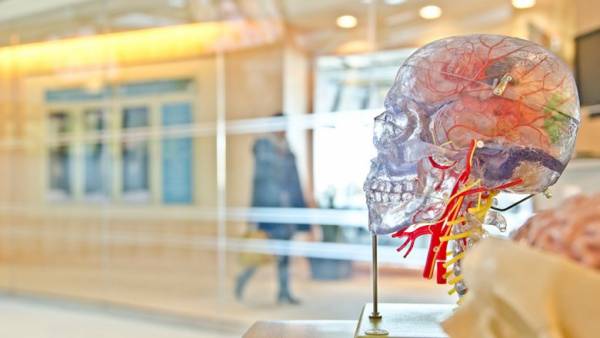 In 2019 the Department of anthropology of the biological faculty of Moscow state University turns 100 years old.

Doping for the brain: can we become smarter with the help of pills

“Our main purchase — a large brain that we now have more than any of our ancestors except Neanderthal and CRO-magnon. Over the last 7 million years the human brain grew four and a half times, from 300 to 13500 cubic centimeters. But for the last 25 thousand years, it decreased by 5%. The brain varies at the rate of 1 kilogram per 7 million years, that is 140 grams for a million years. At the same time the existence of a “sapiens” brain shrinks by 3 grams per thousand years, which is 20 times faster than the previous increase,” he said.

As said the Drobyshevsky, now the man is at the next stage of evolution, it will end with his disappearance.

According to him, today people are kind of specific stage, which at the time was, for example, the Australopithecines 4 million years ago.News

Secrets of the brain: the incredible capacity of humans, which failed to explain

“We are compared to our ancestors in their anatomy and lost a lot, but the question is, compared to what ancestors? With fish, people have lost the gills, although our trapezius muscle — is the Gill muscle. Compared with the first primates man has lost the tail, but we still have a coccyx — each person has four vertebra, which ends in a spine. There are also muscles of the tail, they are theoretically even possible to move”, — said the Drobyshevsky.

He added that in the process of evolution man has also acquired a large body size, our size of primates in the past was empty. Also, a person appeared grasping the brush, but disappeared prehensile foot, as in primates.