A powerful explosion rocked the police Academy in the Colombian capital Bogota. According to preliminary data, 87 people were injured, 11 killed, according to local newspaper El Heraldo. 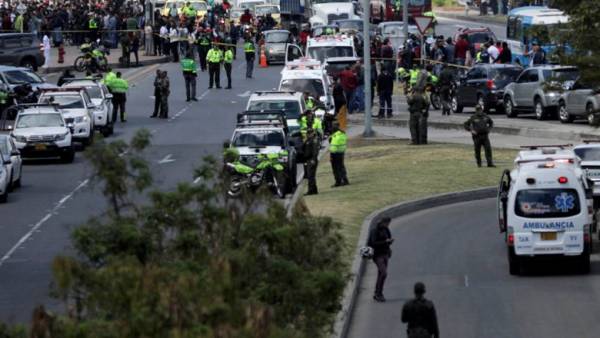 The incident occurred at about ten in the morning local time (about six or GMT) when passed a festive event for the students. On campus drove a truck Laden with explosives. His body was about 80 kilograms of explosives. The guards refused to open the gate, so the attacker picked up speed and crashed into the wall.

BBC News said that the driver was 57-year-old man. No other details yet.

The President of Colombia, Ivan Duque called the incident “crazy terrorist act.” The police establishes all circumstances of an event. The investigation is ongoing.