WASHINGTON, January 18. /TASS/. A new Strategy for further development of the American system of antimissile defence (ABM) should not be interpreted as the entry of the US in another arms race, because it is purely defensive in nature. 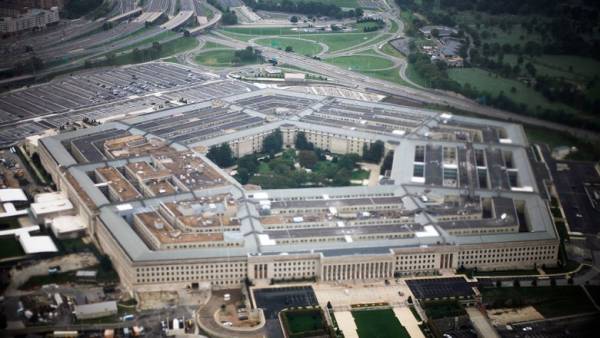 With such a statement was made on Thursday by Deputy head of the Pentagon for political Affairs John Rood at the briefing for journalists.

“We definitely do not agree with that”, — he said, commenting on the words of the experts, declared that the US essentially enter into an arms race. “I would like to draw your attention to the word “defense” in the name of the strategy. I think that creating systems that can shoot down missiles launched in our direction, it is wrong to call a provocative action, I do not think that this is the correct interpretation,” said Ore.

Previously, experts of the American Association for arms control, called the new strategy of the United States is too costly and could undermine strategic stability in the world, deepening Washington’s relations with Moscow and Beijing.

The US President Donald trump on Thursday unveiled a new Strategy for further development of the U.S. missile defense system, saying that it should be able to intercept any released in the United States a missile, including a cruise or hypersonic.

In a statement the Pentagon 108-page document noted that the United States henceforth will not recognize any constraints on the development and deployment of their funds, but also seeks to bring into space detection means and a potential of the interceptors.