White house: Ivanka trump is not a candidate to head the world Bank

WASHINGTON, January 15. /TASS/ — the daughter of the President of the United States was asked “to help with the nomination process,” said Deputy communications Director at the White house Jessica ditto. 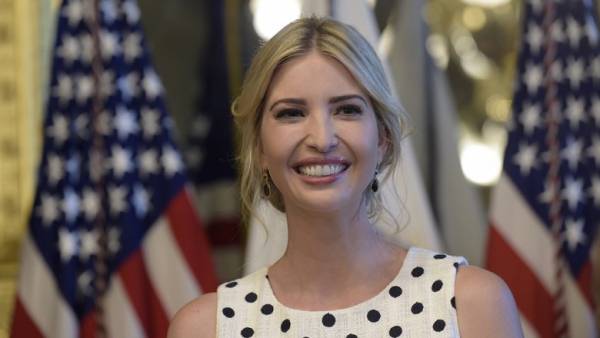 The daughter of the President of the United States Donald trump, Ivanka is not considered as a possible contender for the presidency of the world Bank (WB), but it will help with the selection of candidates. This was announced on Monday, the newspaper Politico, citing Deputy communications Director at the White house Jessica ditto.

Allegations that her candidacy is being considered, not true.Jessica Dataselection communications Director at the White house

Ditto stressed that the Treasury Secretary Steven Mnuchin and acting head of the office of White house staff Mick Malvani turned to Ivanka trump with a request “to help with the nomination process, as she worked closely with the world Bank in the last two years.”

Newspaper Financial Times (FT) reported on Friday that, according to its sources, the US administration is considering the nomination for President of the WB Ivanka trump and announced his resignation from the post of U.S. permanent representative to the UN, Nikki Haley. Another possible candidate, according to this information, is the Director of the U.S. Agency for international development mark green. Previously, the online edition of the Daily caller also reported that the administration trump may nominate for the post of Deputy Secretary of the Treasury for international Affairs David Malpas.

The FT also noted that Americans can be competitors from developing countries.

It is, in particular, the representative of the Nigerian economist Ngozi Okonjo-Iweala, economist and former President of the African development Bank Donald Kaberuka from Rwanda and Indonesian Finance Minister Sri Mulyani Indrawati.

January 7, WB announced that the current President is Jim Yong Kim February 1, leaving her post. The duties of the Manager will temporarily perform the Executive Director of the world Bank Kristalina Georgieva. Jim Yong Kim assumed the post of President of the world Bank on 1 July 2012 for a period of five years, and in 2016, the institution’s Board of Directors has re-elected him. The term Jim Yong Kim was to expire only in 2022, he in total had served as President of the organization over six years.

The world Bank on Thursday has informed that candidates for the position of head of the organization must be submitted in the period from 7 February to 14 March. Then will select a maximum of three candidates a new President expected to be elected before the meeting of the governing bodies of the WB and the IMF on April 12-14 in Washington, DC.