Maduro said he was ready to hold talks with the opposition

TASS, 14 January the Venezuelan President added that “wants to talk to them for a peace agreement”. 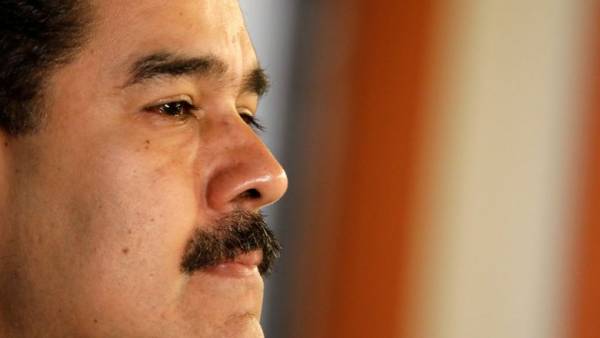 Venezuelan President Nicolas Maduro said on Monday he was ready to sit down at the negotiating table with the opposition to discuss the development of the country. The corresponding statement he made during a speech before the Constitutional Assembly, the stream of which is Twitter.

I offer serious opposition to sit down at the negotiating table and to conclude an agreement on governance, peace and development [of the country].

The head of Venezuela has underlined, that wishes to dialogue with the opposition took place. “I want to talk to them for peaceful settlement”, — he added.

Last Thursday the winner of the presidential elections in Venezuela, Nicolas Maduro, took office of the President: he was sworn in the Supreme court and not in the National Assembly. Presidential elections of Venezuela were held on 20 may 2018. The incumbent head of state gained almost 6.2 million votes, while his main rival Henry Falcon from the opposition party the “Progressive vanguard” 1.9 million To participate in the vote was attended by over 20.5 million people, the turnout was from 45.99%.

In early January, members of the Latin American Group of Lima, with the exception of Mexico, has opted for a new presidential term Maduro.

The corresponding document was signed by the representatives of Argentina, Brazil, Guyana, Guatemala, Honduras, Canada, Colombia, Costa Rica, Panama, Paraguay, Peru, Saint Lucia and Chile. A new term, Maduro as President of Venezuela did not recognize the Organization of American States, and Paraguay announced the severance of diplomatic relations with Caracas.