Venezuela raised the minimum wage by 300% 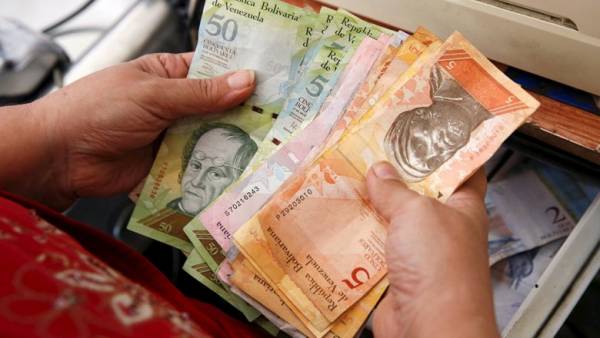 Maduro also promised to stabilize the country’s economy, the size of which has halved over the last five years of recession. Inflation in Venezuela in recent times is about 2 million percent. The inhabitants of the country are experiencing a shortage of food and medicine, which led to the departure from the country of 3 million people over the past three years.

“This is not the first case when the President Maduro announces changes, says Venezuelan analyst Ramon Pinango. Unfortunately, these changes usually lead to an acceleration of inflation. We already know that the day after such announcements of prices increase, we are faced with hyperinflation and deficit.”

Maduro, whom the opposition accuses of destruction of democracy in Venezuela, 10 Jan officially took on the second presidential term, which runs until 2025. According to official data, in the elections in may 2018, he received 68% of the vote. The voter turnout was less than 50%. Much of the opposition boycotted the elections and did not recognize their results.

Did not recognize the election of Maduro as the European Union, the USA and most countries of Latin America.

The national Assembly (Parliament) of Venezuela considers a second presidential term, Maduro is illegitimate. January 11, the Parliament speaker Juan Guido announced it was ready to assume the presidential powers and called on the citizens for mass protests against Maduro.