DAMASCUS, January 12 — RIA Novosti. Israeli warplanes fired missiles on the outskirts of Damascus, Syria’s air defense shot down most of the missiles, according to the result Ikhbariya. 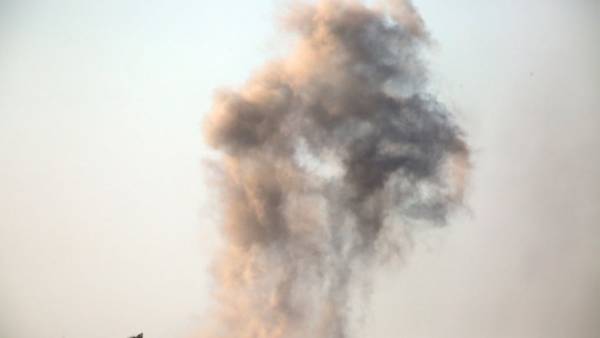 “At 23.15 (0.15 Saturday GMT), Israeli military aircraft arriving from the North of Israel, have launched several missiles on the outskirts of Damascus. Our defense immediately repelled the attack and knocked most of the missiles,” said channel military source.

“The damage from the attack caused only warehouse in the area of Damascus international airport,” added the source.

According to the channel, the attack did not affect the work of the international airport of Damascus. According to the portal Flightradar, soon after the attack in 23.58 (0.58 Saturday GMT) from Damascus airport to ship departed the Syrian airline Syrian Air, next to Bahrain.

Ikhbariya reported earlier that the flying from the district of Galilee finger (on the border with Lebanon) Israeli warplanes launched Saturday several missiles on the outskirts of Damascus. Syria’s air defense shot down most of the missiles, the damage was done only warehouse in the area of the international airport of the Syrian capital.