MOSCOW, 11 Feb — RIA Novosti. China national space administration (CNSA) published the full video of the landing of the Rover “WiTu-2” and the other “passengers” spacecraft “Chang’e-4” on the reverse side of the moon, according to the microblogging channel CGTV. 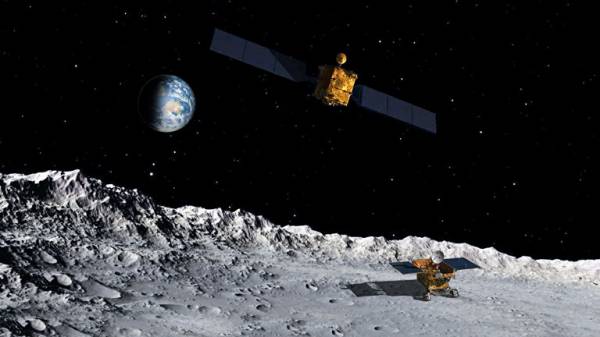 Chinese program sensing of the moon, “Chang’e” includes three stages: flyby around Earth satellite, the moon landing, and return samples from its surface to Earth. The first two phases have been successfully implemented by Chinese engineers and rocket scientists.

This year China began to implement the next phase of this program — the first in the history of the Earth landing on the opposite side of the moon. To do this in may 2018 was launched an unique communications satellite”, Zhuazao”, capable of supporting communication between the apparatus “Chang’e-4”, the first mission on the dark side of the moon, and a flight control center in Beijing.

He “Chang’e-4” was launched on seventh December 2018 from the Baikonur Xichang in Sichuan province. On December 12 he reached the moon’s orbit and began preparations for the moon landing. This historic event occurred on the third of January, when the probe successfully made a soft landing in the crater Pocket. It is located at the Northern edge of the basin South pole — Aitken, the biggest “dents” on the surface of the companion of the Earth.

In the first hours after the event lander module and lunar Rover “WiTu-2”, the successor of the first “jade rabbit”, has transferred the first pictures of the reverse side of the planet to the Ground, then went into hibernation for the next seven days.

A sped-up gif of Yutu-2 being deployed onto the lunar surface. pic.twitter.com/q4sYstYtFX

This was due to the fact that at this time on the moon’s surface dominated by the relatively high temperatures that can damage the electronics of the robots.

After waking up, “UTU-2 and Chang’e-4” photographed each other, gave a new batch of fresh shots companion of the Earth, as well as a unique video that captures the entire process of the descent of the lander on the lunar surface, and unloading the Rover.

On these shots you can see not only how was this complex process, but also to see how automatic probe chose a place to land, avoiding dangerous areas of the lunar soil. In the coming days, scientists will test the work of the scientific instruments of all components of the mission and begin to explore the mysteries of Geology side of the moon.