Future losses of the U.S. economy because of the “shutdown” is estimated at $1.2 billion in a week

Moscow. January 11. INTERFAX.RU — the Loss of the American economy as a result of suspension of work of Federal institutions in the USA can be as high as $1.2 billion in a week, if the “shutdown” drags on, says Advisor to the President of the United States on economic issues, Kevin Hassett. 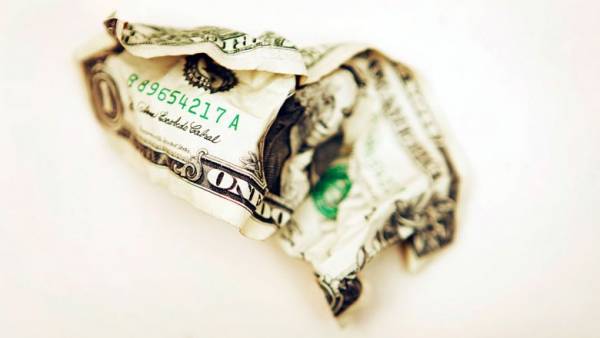 Despite the fact that such losses would weaken the country’s economic growth of only 0.05 percentage points, they can hinder the achievement of U.S. government objectives to provide a stable GDP growth at 3%, writes Politico.

The work of the Federal agencies in the United States is stopped from 22 December 2018 because of a lack of funding. The problem arose because of disagreements between the President of the United States Donald trump and democratic lawmakers on the allocation of budget funds for the construction of the wall on the border with Mexico.

“I do not expect that the economic consequences of “shutdown” will be serious, unless, of course, it will be completed relatively quickly,” said Hassett.

About 800 thousand civil servants sent on leave without pay wages, or continue to work, but not receiving salary checks due to the “shutdown” will be forced to cut costs, experts say. Private contractors working with the government, have already experienced negative consequences as a result lost business.

Rating Agency Fitch earlier this week, said the risks of “shutdown” for the credit rating of the United States, noting that if it drags on, the country risks to lose the top rating “AAA”.

The U.S. government has promised to partially pay the salaries of employees sent on compulsory leave due to the suspension of work of state institutions.

In October 2013, when the “shutdown” lasted 16 days, the government spending only to the salary payments amounted to $2.5 billion, not to mention the lost revenue of the state institutions, including, for example, national parks which also didn’t work.

In 2018, only a quarter of state operations remained unfunded, so the cost will be close to the 2013 level only in case of serious delay “shutdown”.

Partial suspension of work of the Commission on securities and exchange Commission (SEC) led to a freeze in the IPO market in the United States, while the discontinuation of the key statistics of the Ministry of agriculture creates problems for farmers and traders.