Pushkin is not the first decade are studying in school. And the poet himself as was the case with spelling errors? He made? 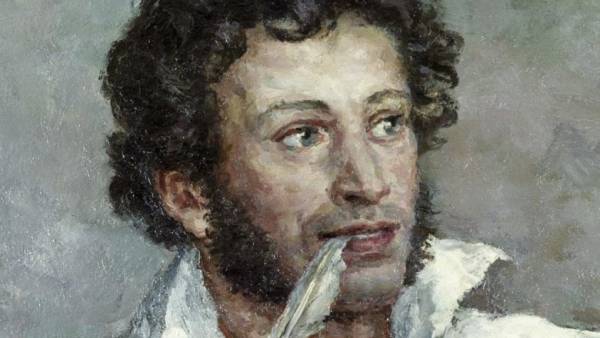 — Yes, allowed. And often consciously, focusing on the archaic version of the word or focusing on colloquial language.

Each of these “mistakes” has its own biography.

For example: “Neva was running like a sick/In his bed restless” (“the bronze horseman”). At first glance, the poem is present the mistaken use of “bed” instead of “bed”. However, the language norms of the nineteenth century differed significantly from standards of the first half of the XXI century and in the age of Pushkin besides the word “bed” used the word “bed”.

Or 1830 sonnet “Madona”. Mistake in the title? Yes and no. The fact that Pushkin in the spelling of the word “Madonna” is focused not on Italian, and French. And always wrote the word “hospital” with one “n”. At the same time, the poet followed the spelling of words and taught brother Leo: “don’t forget the Von Visine to write Fonvizin. What kind of heathen? he’s Russian, from Russian pererasti”.

Error is a special kind of game with a rule (conscious or unconscious). And sometimes the formation of new norms.

In the novel “Eugene Onegin” is a motif of aesthetic comprehension grammatical errors as an integral part of live speech: “God forbid I converge on the ball/ Il at the junction on the porch With the seminarist in a yellow Chalet/ Ile with the academician in a cap!/ As rosy lips without a smile,/ No grammatical mistakes, I do not like Russian speech”.

See also: About the priest and Balda. 10 embarrassing questions about Pushkin