Installed all the details of the assassination Skripal

The UK authorities consider that settled all the details of the assassination in Salisbury for a former officer of the Russian military intelligence service, Sergei Skripal, reports The Telegraph, citing government sources. 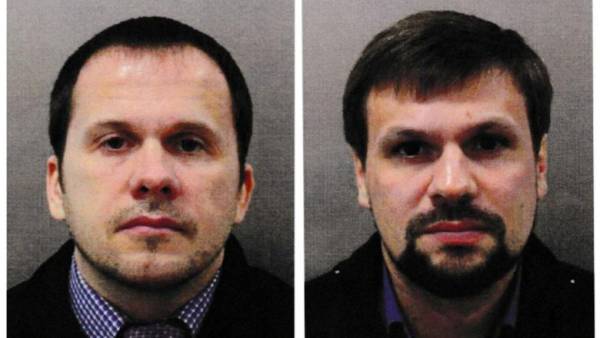 According to their information, the authorities believe that they know “everything you need to know” about the poisoning of ex-Colonel Chief Directorate (known as GRU) of the Russian General staff. The note says that the British side is well known, the whole chain of people responsible for the incident in Salisbury. It is, according to interlocutors of the newspaper, leading to the Russian leadership.

Sources also told the publication that the UK government believes destroyed the agent network of the GRU in the territory of the country, but now fear action by the foreign intelligence Service (SVR) of Russia. In London believe that the SVR, the successor of First chief Directorate of the KGB of the USSR, more dangerous and more professional than the GRU and is therefore more dangerous threat than military intelligence.

These materials appeared on the background information that the attempt on Skripal and further information campaign on this subject was prepared with various British agencies in 2015.

Skripal, recruited by Western intelligence agencies in 1990-ies, and his daughter Julia was found unconscious in the Park in Salisbury on 4 March. British authorities said that the attack is Russia — Skrypali was poisoned developed in the USSR nerve substance of the Novice class. London named names and showed pictures of the accused, Aleksander Petrov, and Ruslan Bashirov, which, according to Britain, working for the GRU. After a few days and Bashirov Petrov gave an interview to the chief editor of RT Margarita Simonyan, in which he said that have nothing to do with intelligence, arrived in Britain to “break away”.