TOKYO, January 6. /TASS/ — the Japanese Prime Minister noted that the signing of the agreement will have a positive impact on stability in the Asia-Pacific region. 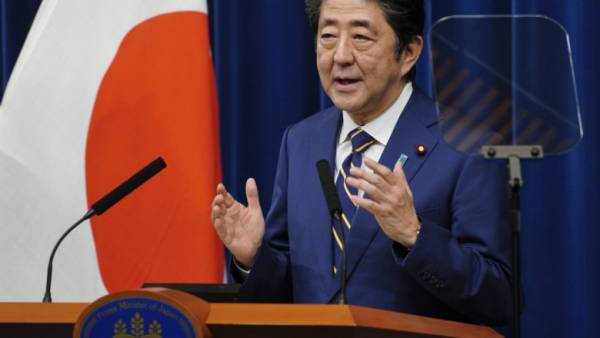 The signing of a peace Treaty between Japan and Russia will positively affect security in the Asia-Pacific region, and will also be beneficial to Washington, who has concluded a security Treaty with Tokyo. This was announced on Sunday by Japanese Prime Minister Shinzo Abe on air of TV channel NHK.

“The Japan-us security Treaty is the Foundation of international guarantees of security for Japan. The conclusion of a peace Treaty between Japan and Russia will have a positive impact on regional stability. I believe that this will be a plus for US”, — he told, answering the request to comment on the impact of bilateral obligations, Tokyo and Washington on the Russian-Japanese negotiations on the peace Treaty.

“Now things are so on the four Islands Russians live. Territorial issue can not be resolved while living on the four Islands, the Russians will not agree to the transfer of facilities (a particular part of the Kuril Islands to Japan — approx. TASS). So our approach involves understanding on this issue from the peoples of the two countries”, — said the Prime Minister.