Moscow. 1 Jan. INTERFAX.RU — the Head of NASA Jim Breidenstein congratulated scientists on the successful flight of American interplanetary station, New Horizons past the asteroid Ultima Thule on the outskirts of the Solar system. 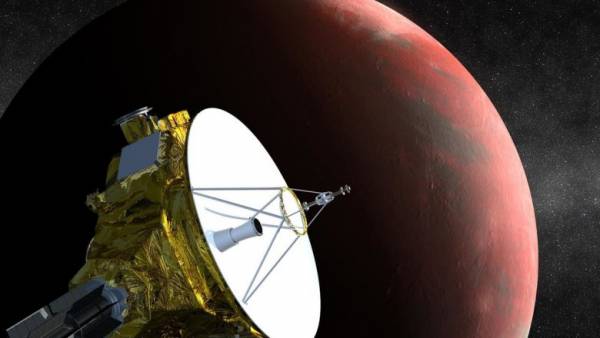 “New Horizons is not only the first probe, studied the Pluto. Today, he flew past the most distant object that had ever managed to get close to the spacecraft,” — said in a statement.

The probe first to gather data about the object, which includes elements preserved from the time of the birth of our Solar system. That’s what leadership in space exploration.

The earlier probe flew past the asteroid in the so-called Kuiper belt, at the same time photography. Ultima Thule is considered to be very ancient asteroid. It is located about 6.4 billion kilometers from Earth. For Tuesday, scientists in the US hope to get pictures taken by New Horizons. The signal sent from such a remote part of the Solar system that takes six hours to reach Earth.

The spacecraft New Horizons was launched by NASA in 2006 and is intended in particular for a detailed study of Pluto and its natural satellite Charon. After a flyby of Pluto, the probe has switched his attention to the other objects in the Kuiper Belt.